During India's third and final ODI match against the West Indies, skipper Virat Kohli played an audacious shot to force a reticent Viv Richards to make an unbelievable comment on air 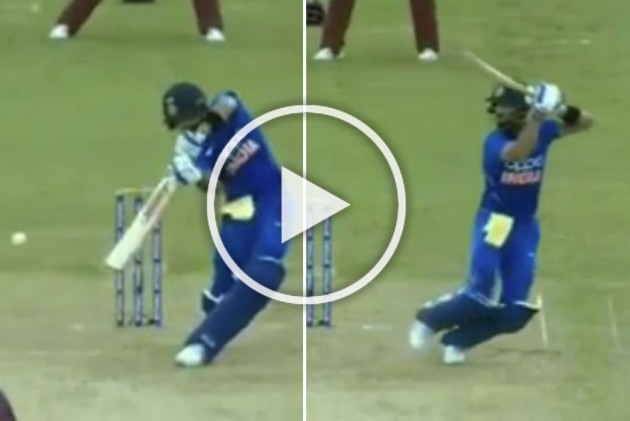 Virat Kohli continued to break records and create new feats in cricket. During the third and final ODI match against the West Indies at Queen's Park Oval, Port of Spain, the India captain hit a second consecutive and his 43rd ton in the format to help India seal the series.  (Cricket News)

His 99-ball 114-run unbeaten knock was replete with some extravagant shots. In all, the right-handed batsman 14 fours, and one particular shot left Windies legend, Viv Richards, feeling with green. Regarded as one of the greatest cricketers, and possibly the greatest stroke-maker in the game, Richards admitted that he would have like to play that shot.

In the 22nd over of India’s innings, Kohli craftily picked the fifth ball by moving on to the leg side and lofted the ball over the infield for a four. While playing that unbelievable shot, he once again showcased what his body can do. Recoil like a spring, this time. Kohli also hit the next ball for a four, leaving his opposite number, Jason Holder distraught.

But an impressed Richards, in the comm box, said "Look at the body language…. oh, man. I’d be happy to play something like that when I was playing."

Via the excellent @JayG2610 pic.twitter.com/6aEeDwMPLW

Honoured with an Officer of the Order of the British Empire (OBE) in 1994, Richards rarely makes such comments. But Kohli is no ordinary player.

India, chasing a 241-run target, won the rain-affected match by six wickets with 15 balls to spare.

Earlier, Kohli was seen according a warm farewell to Windies legend Chris Gayle. But it proved too earnest a wish. Gayle, who played a typical Gayle knock (72 off 41), before holing out to Kohli. While leaving the filed, Gayle adorned the helmet atop the bat. A goodbye probably. Following that visual cue, Indian cricketers rushed to the batsman and did an impromptu gig.

India won the three-match series 2-0 after the first ODI was washed out.