Sundar Singh Gurjar not only defended his London Worlds 2017 title, but also became the only second Indian to have clinched two World Championships medals after Devendra Jhajharia 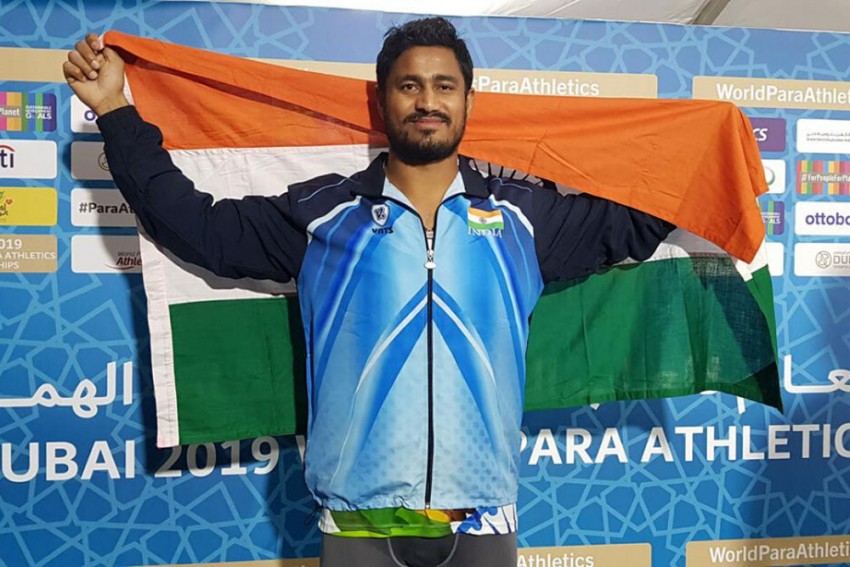 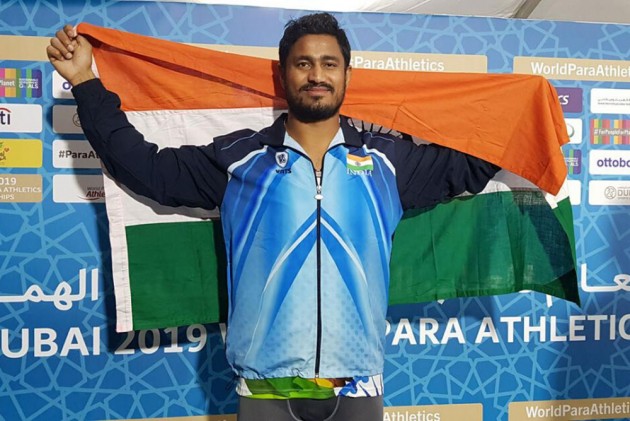 Gurjar came up with his season's best effort of 61.22m to claim the top spot. Singh sent the spear to a distance of 59.46m to clinch the bronze while Rinku finished fourth.

"I am very happy. It was a relief. I came into this Championships with no training for the last one month. I got the injury in my training and so had to tap my shoulder today. When I was training, I felt the pain. But I was lucky at the finals, I didn't feel it. I felt my body was well-rested. It was a blessing in disguise," Gurjar told Paralympic Committee of India.

"In my last attempt, I knew that I got it there. But never realized that it will be my season-best. It was a good leap. This will motivate me to go for a medal at the Tokyo 2020 Paralympics," he added.

Under International Paralympic Committee rules, the top four ranked athletes at the 2019 World Para Athletics Championships in each of the individual medal events on the Tokyo 2020 Paralympic Programme (excluding Marathon) will each obtain one qualification slot for their respective country.

The 23-year-old Gurjar not only defended his London Worlds 2017 title here but also became the only second Indian to have clinched two World Championships medals after Devendra Jhajharia's gold and silver in 2013 Lyon and 2015 Doha Championships.

Staying in the second place till his fifth attempt, Gurjar hurled the javelin to a distance of 61.22 metres in his sixth attempt, enough to jump to the top of the results table ahead of Sri Lanka's Dinesh P Herath Mudiyanselage who was leading till then with his first attempt throw of 60.59m.

The F46 category athletes have a single below or above the elbow amputation.

"Indian javelin throwers have always brought laurels to India. Today once again our players showed that they will be the ones to beat at Tokyo 2020. This also shows that we are in the right track," said Gursharan Singh, interim president of Paralympic Committee of India.

India now have two gold, one silver and a bronze from this Championships.

Later on Monday, six Indians will be in action, including Ekta Bhyan and Kashish Lakra in women's Club Throw F51 final and Yogesh Kathuniya in Men's Discus Throw F56 Final.