With fans banned from matches because of the coronavirus, FC Seoul came under fire for deploying dozens of silicone spectators wearing T-shirts or holding placards with the logo of a sex-toy seller 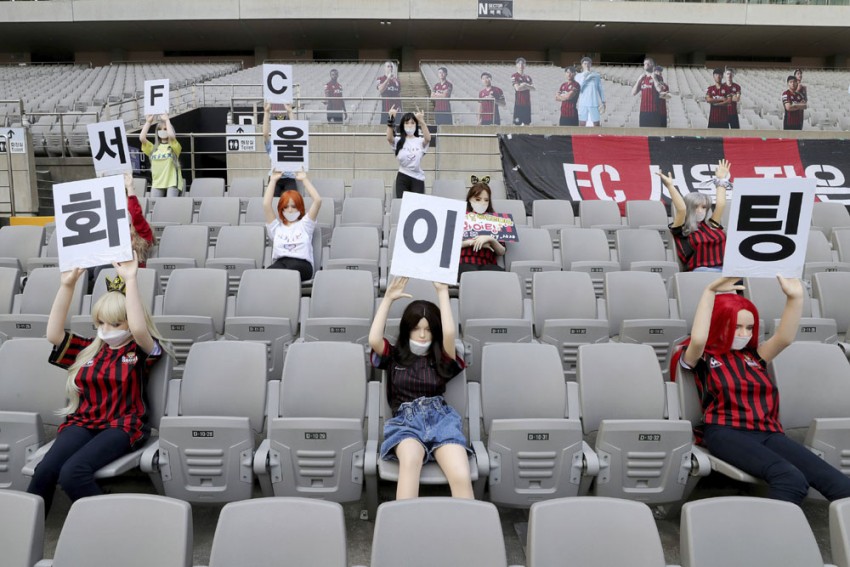 In this May 17, 2020 photo, Cheering mannequins are installed at the empty spectators' seats before the start of soccer match between FC Seoul and Gwangju FC at the Seoul World Cup Stadium in Seoul, South Korea.
Ryu Young-suk/Yonhap via AP
Agencies May 20, 2020 00:00 IST 'Sex Doll' Row: South Korean Football League To Investigate FC Seoul 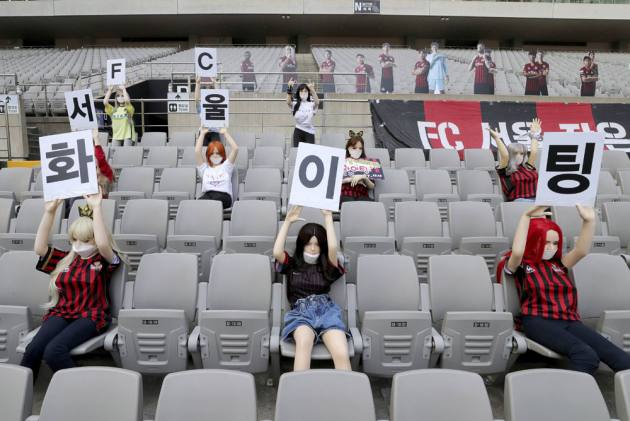 With fans banned from matches because of the coronavirus, FC Seoul came under fire for deploying dozens of silicone spectators wearing T-shirts or holding placards with the logo of a sex-toy seller.

The K-league said its disciplinary committee will review whether the use of the mannequins violated the league's rules on promoting obscene materials.

Officials will also discuss whether the incident damaged the league's image and integrity.

Violating those rules can result in five league points being deducted, or a fine of more than five million won (US$4,066).

FC Seoul -- who beat Gwangju FC 1-0 in the match -- apologised earlier this week for causing "deep concern" to fans, but has insisted the mannequins had no connection to sex toys.

Reports say the mannequin distributor approached the K-league offering to provide its products to fill empty stands for free, and was introduced to FC Seoul.

The club is considering legal action against the mannequin provider, according to Korean news reports, but regardless of the motive the stunt has made headlines around the world.

The K-league's new season kicked off behind closed doors on May 8 after being postponed for more than two months because of the coronavirus pandemic.

Clubs have used cardboard cutouts, placards and banners to fill up the stands.

'Big 3' Won't Be Affected Much Due To COVID-19 Pandemic: Vijay Amritraj