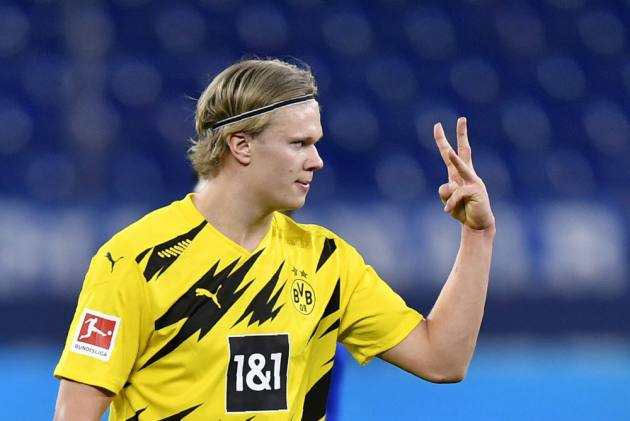 Haaland's future is dominating headlines amid widespread interest in Europe.

Barcelona are reportedly interested in the Borussia Dortmund sensation.

TOP STORY – MESSI OUT, HAALAND IN?

Barcelona have identified Borussia Dortmund star Erling Haaland as a top transfer priority if Lionel Messi leaves at the end of the season, according to Diario AS.

Messi is out of contract at season's end and the superstar Barca captain has been tipped to join either Paris Saint-Germain or Manchester City.

Should Messi depart, Haaland is wanted by Barca and head coach Ronald Koeman, though all eyes will be on Lyon forward Memphis Depay if the former remains at Camp Nou.

- Fabrizio Romano claims City are convinced Kevin De Bruyne will sign a new contract with the club. Raheem Sterling's contract is also on the agenda, while soon-to-be free agent Sergio Aguero will decide his future in the coming weeks. Aguero has been linked with Inter, Barca and Chelsea.

- Calciomercato says Inter will reject any offers for star Romelu Lukaku. It comes as Chelsea and Barca reportedly eye the in-form Belgian.

Manchester City are convinced that Kevin De Bruyne will sign a new contract, “just a matter of time” - he’s staying. Raheem Sterling is also on the agenda among players to negotiate a new contract, work in progress. Sergio Agüero will decide his future in the next weeks. #MCFC

- Barca are monitoring the future of Valencia star Jose Luis Gaya, according to Diario AS. The captain is negotiating a new contract with Valencia.