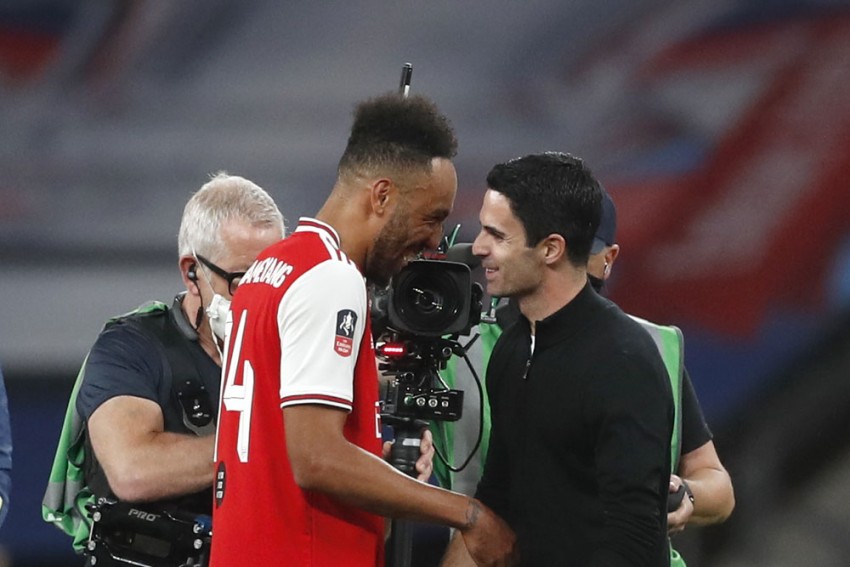 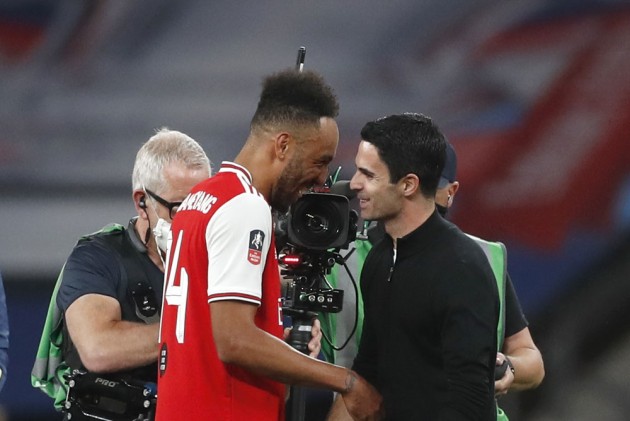 Pierre-Emerick Aubameyang has ended speculation over his future by signing a new three-year contract with Arsenal. (More Football News)

The Gunners captain's previous deal was due to expire next June, but he has agreed to re-sign with the Premier League club.

Prolific striker Aubameyang has scored 72 goals in 111 appearances since joining Arsenal from Borussia Dortmund for a fee of £56million in January 2018.

"It's thanks to our fans, my team-mates, my family and everybody at this club that I feel like I belong here.

"I believe in Arsenal. We can achieve big things together. We have something exciting here and I believe the best is to come for Arsenal."

In his first full season with Arsenal in 2018-19, Aubameyang scored 22 goals to be a joint winner of the Premier League Golden Boot.

Last term, the 31-year-old enjoyed another superb campaign, with 29 goals in 44 appearances across all competitions.

He scored both of the Gunners' goals in each of their respective FA Cup semi-final and final victories over Manchester City and Chelsea and continued his superb Wembley form with a fabulous strike in last month's Community Shield encounter with Liverpool, which Mikel Arteta's side won on penalties.

As speculation mounted over Aubameyang's future, Arteta expressed confidence he would sign renewed terms and the manager is delighted to have got his man.

"It was important for Pierre-Emerick to stay with us," he said. "He’s a superb player with an incredible mentality.

This is where you belong, Auba

"Being the player to have taken the least amount of time to reach 50 goals with this club tells you everything you need to know about him and his way of working.

"He's an important leader for the team and a big part of what we're building. He wants to be up there with the best players in the world and leave his mark. He can achieve that here."

Arsenal began their Premier League campaign with a 3-0 win over Fulham at Craven Cottage, where Aubameyang completed the scoring, and they are back in action at home to West Ham on Saturday.

Barcelona Live Streaming: Barca Face Girona Test - When And Where To Watch