Kylian Mbappe scored his 12th Ligue 1 goal of the campaign as Paris Saint-Germain beat Strasbourg 4-0 in their final Ligue 1 outing of 2020. 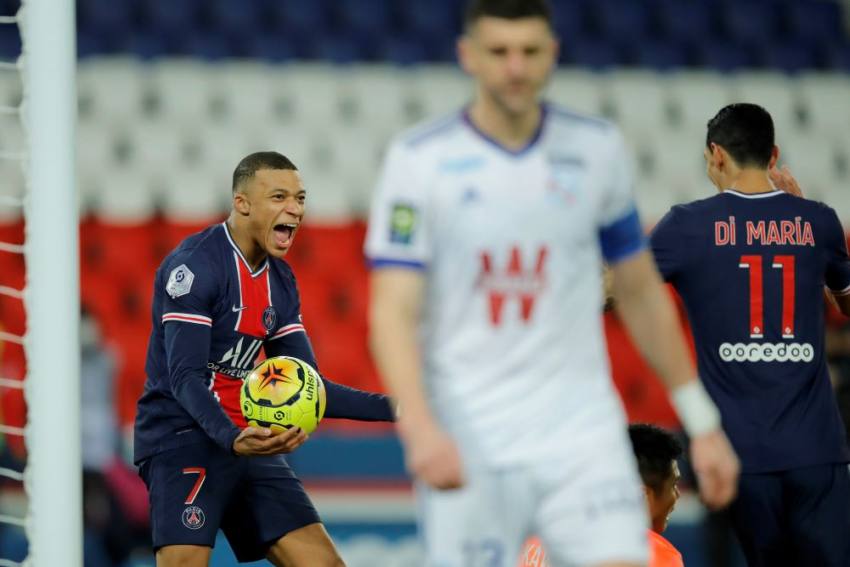 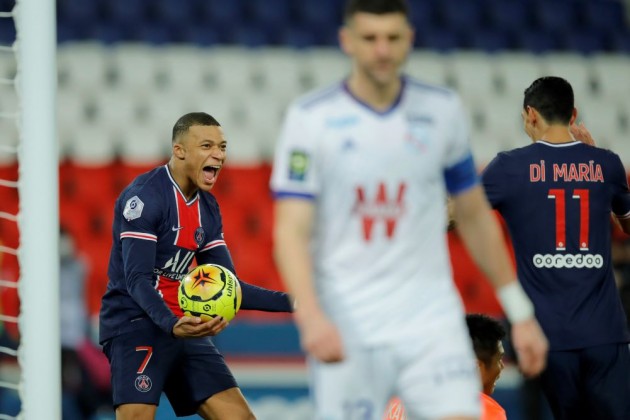 Kylian Mbappe was among the scorers as Paris Saint-Germain brushed aside Strasbourg 4-0 in their final Ligue 1 outing of 2020.  (More Football News)

The reigning champions were held to a goalless draw by Lille last time out and struggled to find their stride again in Wednesday's clash at the Parc des Princes prior to a late flurry of goals.

Timothee Pembele's first strike for the club in his fifth appearance got PSG off the mark after 18 minutes, but it took until 11 minutes from time for Mbappe to add a second from a few yards out.

Substitutes Idrissa Gueye and Moise Kean then joined the scoring as Thomas Tuchel's men picked up a third league win in seven outings, although they end the year in third place a point behind Lyon and Lille, who both won elsewhere.

The Parisians finish 2020 in style with a big victory! @PSG_English - @RCSA pic.twitter.com/7JpgadpPsZ

Strasbourg had won their previous two away games without conceding and would have taken the lead again if not for Keylor Navas' near-post save to deny Jean-Ricner Bellegarde.

But it was PSG who edged in front seven minutes later through Pembele's close-range finish after Eiji Kawashima parried Angel Di Maria's shot into the teenage defender's path.

Kawashima was almost at fault for another goal shortly before half-time, the visiting goalkeeper pushing Rafinha's long-range attempt into the air before recovering to scoop it off the line.

The lively Rafinha flashed a deflected shot just wide in a second half that PSG controlled without truly shaking off their opponents until Mbappe converted Di Maria's squared pass in the 79th minute.

Strasbourg heads dropped at that point and Gueye added a third with a fine swerving effort from outside the box, before fellow substitute Kean - on the field for just seven minutes - fired in after Marco Verratti was thwarted by Kawashima.

What does it mean? PSG end the year in third

Heading into this final game of 2020, PSG were 11th in the form table for the six Ligue 1 matches since the November international break.

But Tuchel's men were deserved winners against lowly Strasbourg, seeing 69 per cent of the ball and scoring from half of their eight shots on target.

However, with Lyon easing to a 3-0 win over Nantes and Lille grinding out a late 3-2 victory at Montpellier, PSG end 2020 a point behind the top two.

Pembele has profited from a number of injury issues at the back for PSG in recent weeks and this was another solid display from the youngster.

The right-sided wing-back did not get forward all that often, attempting the fewest passes into the opposition half of any PSG outfield starter (16), but he was in the right place to convert the opening goal.

Mbappe was deemed fit enough to start the game after recovering from an adductor injury that kept him on the bench until late on against Lille last weekend.

It was a frustrating game for the France international as he lost possession 14 times, trailing only Rafinha and Di Maria (both 15) in the home ranks in that regard, but he did manage to score through one of only two attempts.

PSG's first game back after the two-week mid-season break is a trip to Saint-Etienne on January 6, the same day that Strasbourg host Nimes.