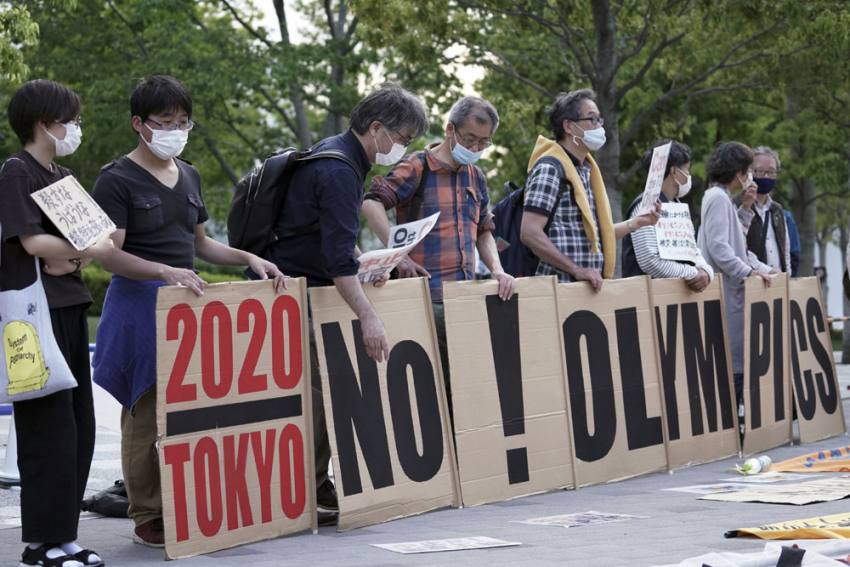 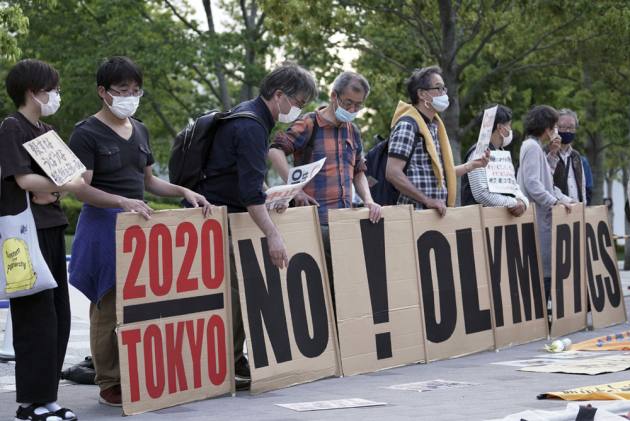 In a world beset by hatred, there's no unifying force like sports. And Olympics remains the perfect example of what sports can do. It allows humanity to dream together and chase collective goals. Held every four years, the biggest multi-sports event was cancelled only thrice in its modern history -- all due to wars. (More Sports News)

But a pandemic now threatens to upend humankind's best-laid plans and make a mockery of the world's greatest spectacle. Questions are being asked if this is a good time to conduct the Games, and let thousands congregate and compete in the face of the pandemic which is only getting worse. Obviously, it remains a moot question. For, life matters.

With #COVID19 raging across the world, should #Tokyo host the #Olympics in July-August?#Tokyo2020 #Coronavirus @Olympics @Tokyo2020 #Japan

"It is sad that the whole world has come to a standstill but before sportspersons, we are human beings and life comes first," Sindhu said. "If tournaments happen, we don't know if we will be safe, we might think we will be but we can't be sure because we don't know from where this virus will come."

"For the moment, events are being cancelled and I know sportspersons are sad but I think it is good for the people...Organisers take a lot of measures and keep us in a bubble but still we need to be careful," the 25-year-old, who's preparing for the Tokyo Olympics added.

Sindhu, the reigning world champion, said it will be a tough task for organisers and athletes to adhere to the COVID-19 protocols in a showpiece event like the Olympics and everyone has to brace up for the challenge.

"Every country has their own COVID-19 rules. In Thailand, we were tested every 2-3 days, in All England an entire contingent had to pull out for one case in their flight but we have to deal with it," the Hyderabadi shuttler said. "Even in Olympics, I have heard that everyday they will be testing us. Before we take off, we have to clear an RT-PCR test and after getting down we do a test again, it is definitely a tough task."

Meanwhile, tennis stars Naomi Osaka and Roger Federer are conflicted over Japan holding the Games, which was originally scheduled for 2020. The organisers are facing widespread protest even as the country continues to fight the pandemic on a war footing, declaring emergencies at various stages since the outbreak.

Osaka, a strong medal contender in women's tennis said that she "want(s) the Olympics to happen, because I'm an athlete and that's sort of what I've been waiting for my entire life." But at the same time, she thinks that "there's so much important stuff going on, and especially the past year".

“I think a lot of unexpected things have happened and if it's putting people at risk, and if it's making people very uncomfortable, then it definitely should be a discussion, which I think it is as of right now," she added.

“At the end of the day I'm just an athlete and there's a whole pandemic going on," the 23-year-old tried to put things into perspective.

Federer, a legend and one of the most respected sports stars, said that he "would love to play in the Olympics, win a medal for Switzerland. It would make me especially proud. But if it doesn't happen because of the situation, I would be the first to understand."

This edition of the Olympics is sure to be his last chance to win a singles gold medal for the 20 Grand Slam winner, who will turn 40 in August.

"At the moment, we have the impression that it will happen. We know it's a fluid situation. And you can also decide as an athlete if you want to go. If you feel there's a lot of resistance, maybe it's better not to go. I don't know."

"I don't know yet. Honestly, I can't give you a clear answer because I don't know,” Nadal said when asked whether he would be at the rescheduled Olympics. "This year is something a little bit different, no? We need to be flexible. We need to adapt about the things that are happening.”

And they are only a few!

In an online poll conducted by Outlook, readers suggested that the Games should not be held as Japan struggle to contain the COVID-19 virus.

The Games of the XXXII Olympiad, as officially known by, is scheduled to be held from 23 July to 8 August 2021 in Tokyo, Japan.

Lionel Messi Has Future To Decide