Mesut Ozil, Aaron Ramsey and Wilfried Zaha were among the topics of discussion for former Arsenal boss Unai Emery 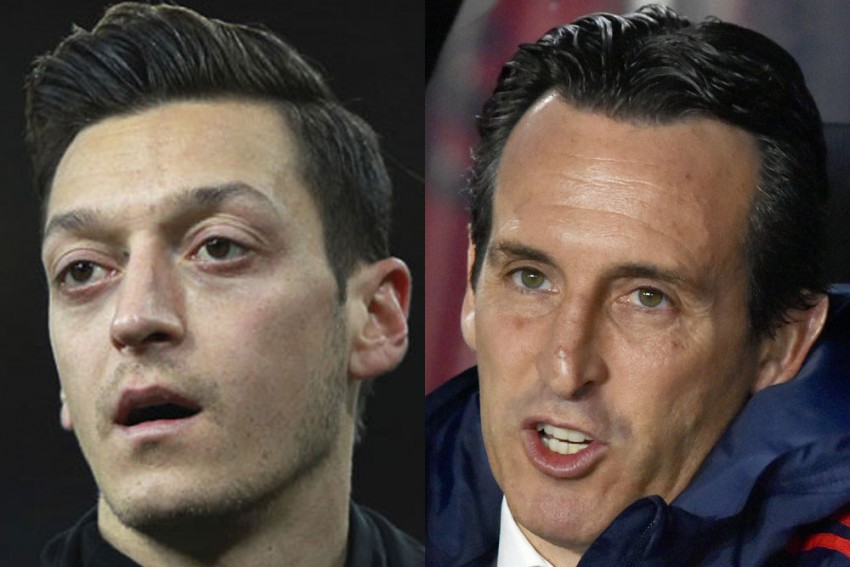 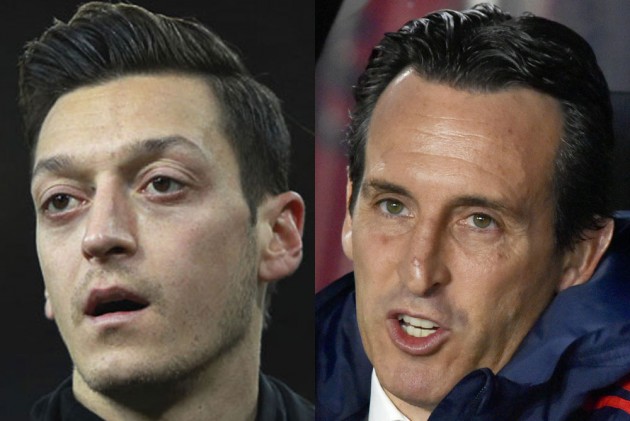 Unai Emery has opened up on the fractious relationship he endured with Mesut Ozil at Arsenal and says the playmaker has to "look at himself, at his attitude and commitment". (More Football News)

The Gunners appointed Emery as Arsene Wenger's successor in May 2018 but just 18 months later he was sacked with Arsenal making a disappointing start to the 2019-20 campaign.

Emery's relationship with Ozil was often a point of scrutiny and the Germany World Cup winner found himself in and out of the squad under the Spaniard.

Ozil was handed a new Arsenal contract in January 2018, four months prior to Emery's appointment, and the former Real Madrid star's commitment to the cause was questioned by the ex-boss.

"In the end he has to look at himself. At his attitude and his commitment," he said in quotes published by the Daily Mail.

"I tried my utmost to help Ozil. Throughout my career, talented players have been my favourites and they have played at their best or close to their best with me.

"I was always positive with him in terms of wanting him to be involved, but then the attitude that he adopted, and the commitment levels, well, they weren't enough.

"One of the captains could possibly have been Ozil but the dressing room didn't want him to be captain. His level of commitment was not that of someone who deserved to be captain, and that's not what I decided, that's what the players decided."

Emery recounted one particular moment of tension in the aftermath of the 4-1 Europa League final defeat to Chelsea, the pain of which he had hoped to use as a springboard to push on.

"I had meetings with all the players that day. Individual half-hour chats with each one. Only Ozil didn't want to come," he added.

"He didn't come. And that's what we're saying when we talk about commitment. When the commitment is 100 per cent then everyone comes."

The substitution we are all waiting for

Covid-19 _ OUT
Football _ IN pic.twitter.com/KitEEq8ntB

Emery also rued the loss of "leader" Aaron Ramsey, who opted against signing a new deal with Arsenal to join Juventus on a free transfer.

"When I arrived at the club I saw Ramsey was going to be very important, he's a leader on the pitch and in the dressing room and he wanted to stay," Emery said.

"Logically he then needed to negotiate a new contract and they didn't reach an agreement, I never get involved in the economic side of things, that's not my area. But it then has repercussions on the pitch.

"I think, for the team it would have been better if he had carried on, and for me as coach too, because he was the next captain."

That reluctance to get involved in the economic side saw Emery miss out on top forward target Wilfried Zaha in the close season.

Instead of signing an established Premier League performer in the Crystal Palace star, Arsenal stumped up a reported £72million to sign Nicolas Pepe from Lille.

Emery explained: "Pepe is a good player but he needs time. When I was there he didn't give me the performances.

"I was in favour of someone coming who knew the English league, more than anything so that he wouldn't need a period of adaptation. I had a meeting with Zaha, the Palace player.

"He was the player I wanted because I could see that he won so many games on his own.

"I saw 20 Zaha games, some incredible performances and I told them that this is the player that I want for this team.

"I spoke to Zaha. I had been with him personally. And he wanted to come. But the club decided that Pepe was younger, he was one for the future. I said: yes, but we need to win now and this lad [Zaha] wins games. He did it to us!"