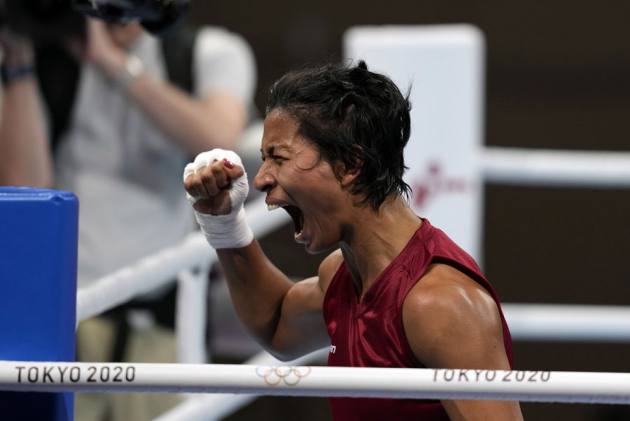 Lovlina Borgohain loves to be an underdog. When she takes on reigning world champion Busenaz Surmeneli of Turkey for a spot in the women's 69kg at Tokyo Olympics, the odds will be stacked heavily against the Indian boxer. But it presents a rare opportunity. A chance to become the first-ever Indian boxer to advance to the Games final. She has already secured a medal. A perfect stage to script an unforgettable underdog story!

The 23-year-old from Assam, who started her career as a Muay Thai practitioner, has become only the third Indian boxer to ensure a podium finish at the showpiece after Vijender Singh (2008) and M C Mary Kom (2012).

Hers is also the first Olympic medal in boxing in nine years and the aim now is to reach where none before her has reached -- the finals. Borgohain has shown remarkable composure for a debutant at the sport's biggest extravaganza. And it is this poise that might do the trick for her against the imposing opponent from Turkey, who is seeded top in the draw.

Surmeneli is also 23 and has collected two gold medals this year internationally. The former middleweight (75kg) boxer claims to have promised an Olympic medal to Turkish President Recep Tayyip Erdogan back in 2015 itself.

Borgohain is no novice either and has secured two world championship bronze medals so far in her career.

In fact, both Borgohain and Surmeneli competed in the 2019 championships, from where the latter came out champion, while the former settled for a bronze. The two, however, did not face off after landing up in different halves of the draw.