Jurgen Klopp will be without Jordan Henderson until at least April with the Liverpool captain recovering after an operation. 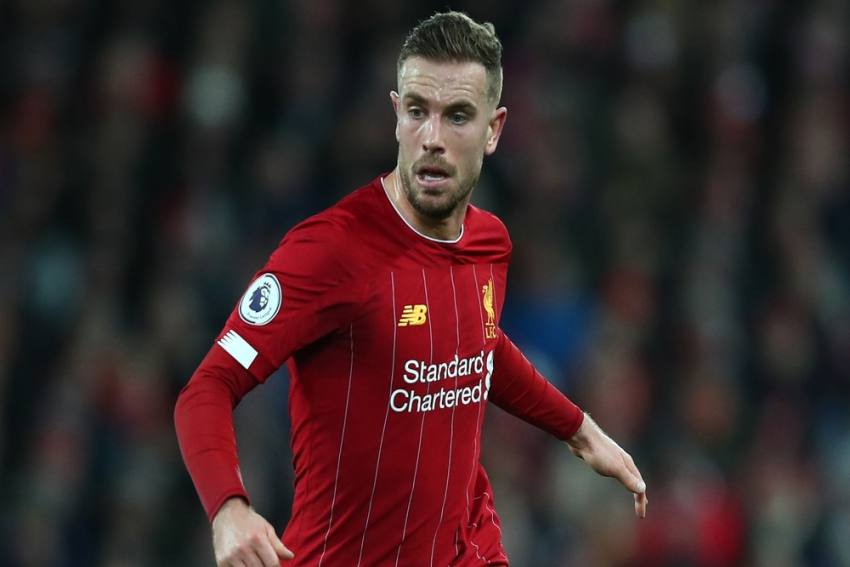 Liverpool have announced Jordan Henderson has undergone surgery on the groin injury he sustained against Everton. (More Football News)

Playing at centre-back due to key absences in defence, the Liverpool captain was forced to come off in the 30th minute of his side's 2-0 defeat in the Merseyside derby at Anfield last Saturday.

Henderson has appeared in 21 of the Reds' 25 league games this season, his solitary goal coming in the 7-0 rout of Crystal Palace in December. He has also made six appearances in the Champions League, the last of them in the 2-0 away victory over RB Leipzig in the round of 16.

A timetable for his return to action has not been revealed, though the club have confirmed the England international will be out until at least after the international break in March.

"Following further assessment with the club's medical team, Henderson has successfully had a corrective procedure carried out on the adductor injury," a statement from the club read.

"He will begin a rehabilitation programme immediately.

"No specific timescale is being placed upon his return; however, the 30-year-old is ruled out initially until after the March international break.

"Henderson's recovery will be closely monitored by the club's medical department and his progression during his rehab work will determine when he is able to resume full training."

The absence of his skipper is a further blow to Liverpool boss Jurgen Klopp, particularly considering the 30-year-old has so often filled in at centre-back this term due to the long-term absences of Virgil van Dijk and Joe Gomez.

Henderson will miss Sunday's trip to Sheffield United, as well as league fixtures against Chelsea, Fulham and Wolves in March.

He is also ruled out of the Champions League second leg against RB Leipzig, while England boss Gareth Southgate will have to do without the midfielder for the upcoming World Cup qualifiers against San Marino, Albania and Poland.