World no.2 Akane Yamaguchi defeated India's PV Sindhi in the quarterfinals of the Japan Open, in a game where she struggled by a possible knee injury. 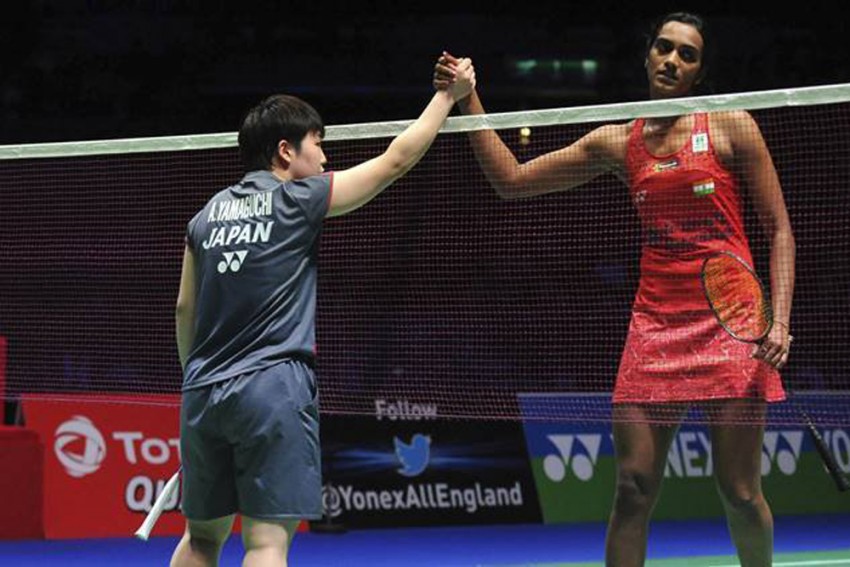 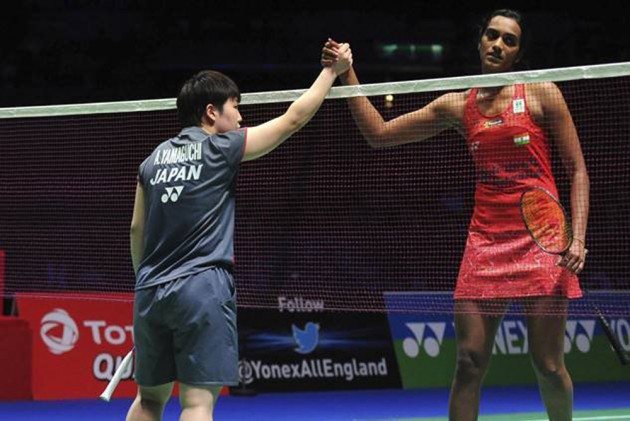 Defending champion Akane Yamaguchi went a step closer to win the Japan Open, a title she had first won as a 16-year-old. The 22-year-old defeated India's PV Sindhu within 50 minutes in the quarterfinals to progress to the semifinals of the tournament.

The first set turned out to be a cagey encounter, with both players notching points in an equal manner until Sindhu began to dominate proceedings extending to a 12-7 lead.

Finally adjusting to her opponent's approach, Yamaguchi began to rally back, making it 14-14 in a rather aggressive manner, which took the Indian ace aback. What stood out was her way of taking advantage of her opponents taller height, as the Japanese woman began to make Sindhu run around and move closer to the net. Once level, Akane notched the next with a super accurate smash, which just flew past a hapless Sindhu.

The duo engaged themselves in multiple long rallies, with both trying to take advantage of each other's weaknesses. Sindhu particularly tried to use Yamaguchi's short stature to her advantage, by hitting longer and looping shots. Akane made Sindhu go for shots at the forecourt, while the latter attempted to send her opponent running towards the backcourt.

With a rally consisting of 29 shots, Yamaguchi cleverly dispositioned Sindhu to place a shot at the forecourt to make it 15-19.

Finally, in a long rally, Sindhu attempted a net shot which failed and gifted the defending champion, the first set with the score at 18-21. The first set finished in 25 minutes.

Yamaguchi began the second set on a high, winning the first point against Sindhu. With the 22-year-old looking to be less mobile due to a possible knee injury, Sindhu looked to take advantage of that, making it 3-5 with a well-placed shot.

With the world no.2 looking to finish up the second set fast, she began to overcome her mobility issue, with an excellent smash, making it 6-10. Taking advantage of Sindhu's backend, Yamaguchi smashed one more shot towards Sindhu's right, forcing an error, and making it 7-11 and a four-point lead.

Making it 10-15, Yamaguchi sent Sindhu reeling to the ground, after hitting a terrific athletic smash. An error from Yamaguchi and determination from Sindhu bought the game back to its fray, at 13-16, with the Japanese sending a shot out of the court.

An error from Sindhu gifted the match point to Yamaguchi, who finished it at 15-21. Just like the previous set, the second one also wrapped up within 25 minutes.

Sindhu and Yamaguchi have faced each other 15 times before, with the Indian coming out on top with a 10-5 head-to-head record. Recently in the Indonesian Open final, the Japanese defeated Sindhu, 15-21, 16-21.

After the Japan Open fixture, the head-to-head record is still in Sindhu's favor, 10-5.

The Japan Open is a BWF Super 750 competition. It is also a level 3 tournament of the Badminton World Federation. There are six levels, with one event in level 1 (World Tour Finals). Level 2 has three, level 3 has five, seven in level 4, and level 5 has 12 competitions.

Had Cautioned CoA: BCCI Official On 'Pay And Play' Racket