Delhi Capitals were convincing winners against a Mumbai Indians team who lost their way in mid-innings against a canny bowling attack. 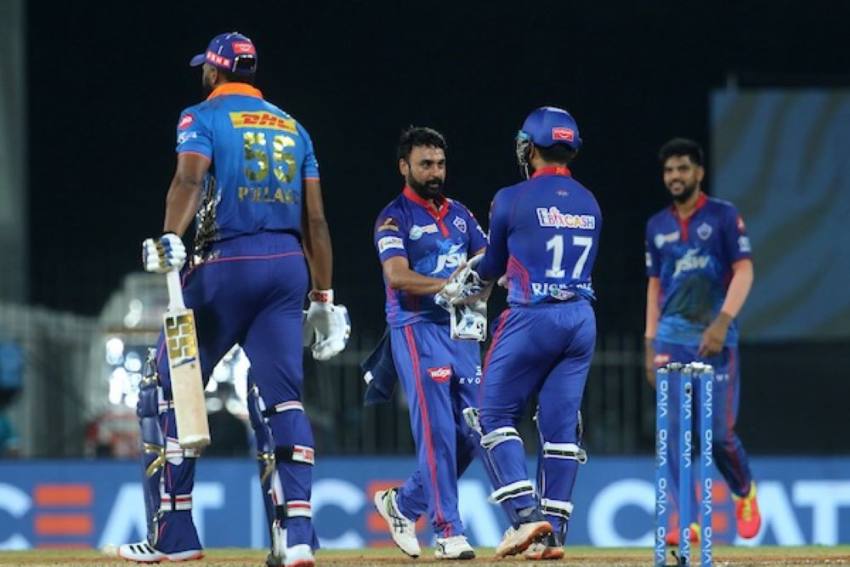 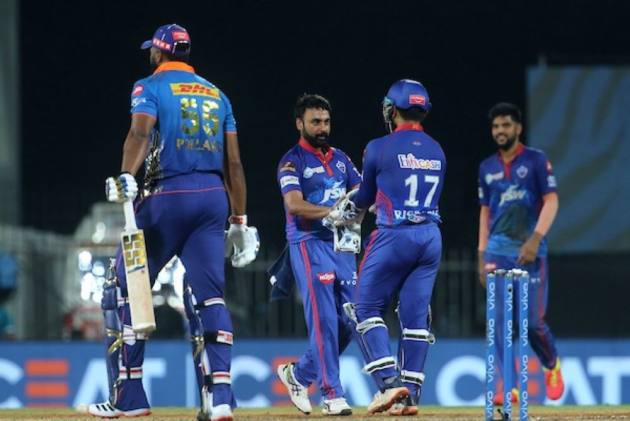 Delhi Capitals took a small measure of revenge for their defeat in last year's IPL final as they edged out Mumbai Indians.

At the MA Chidambaram Stadium in Chennai, Mumbai made just 137-9 after a mid-innings slump saw them surrender five wickets for 17 runs, with Amit Mishra returning figures of 4-24.

It meant only a modest run chase, and Delhi avoided panic as they clinched a six-wicket win in the final over, with a boundary from Shimron Hetmyer followed by a no-ball by Kieron Pollard.

Both sides came into this match with two wins from three matches in the 2021 IPL so far, with Mumbai defending their title.

But this was not Mumbai's day. They slumped from a promising 67-1 to a brittle 84-6, with that collapse seeing Suryakumar Yadav (24) edge Avesh Khan to Rishabh Pant behind the stumps before Rohit Sharma (44) and Hardik Pandya (0) holed out to Steve Smith in the deep to give Mishra two wickets in three balls.

Krunal Pandya (1) tied himself in knots and chopped on as Lalit Yadav got in on the wicket-taking act, before Mishra had Pollard pinned lbw.

Ishan Kishan made 26 before becoming Mishra's fourth victim, and Jayant Yadav added 23, but that five-wicket burst meant it was damage limitation in the closing overs for Mumbai, who at least managed to bat out their overs.

Prithvi Shaw was then snagged, caught and bowled by Jayant Yadav, in the second over of Delhi's reply, bringing Steve Smith to the crease.

The former Australia captain made 33, and he and Shikhar Dhawan (45) provided a sturdy platform that Delhi did not waste, keeping Trent Boult (0-23) wicketless, with Pollard's no-ball handing over the win.

Top fight in a tight finish

The DC Tigers have beaten the defending champions with 6 wickets and 5 balls to spare #YehHaiNayiDilli #IPL2021 #DCvMI pic.twitter.com/wPf2kSnlNK

Mishra sits second on the all-time list of wicket-takers in the IPL, and he was certainly close to his wily best here as the 38-year-old teased out Rohit and Hardik with a game-changing rapid double strike. Both fell into his trap, looking to hit over long-on when the delivery was just too smart.

This looked made for Smith, with no need for the Australian maestro to rush things when he arrived in the second over of the Capitals' innings. He could afford to be watchful but was cut off in his prime, while Shikhar also looked well set before falling. These games rarely follow the expected plot, which underlines their appeal.