Home  »  Website  »  Sports  »  IPL 2020, Delhi Capitals Preview: Will Ponting Be Able To Fit In Ishant, Rahane And Ashwin Together?

IPL 2020, Delhi Capitals Preview: Will Ponting Be Able To Fit In Ishant, Rahane And Ashwin Together?

Delhi Capitals pride themselves in having the best assortments of India internationals but it also presents selection headaches as they chase their first IPL title. Here's team preview 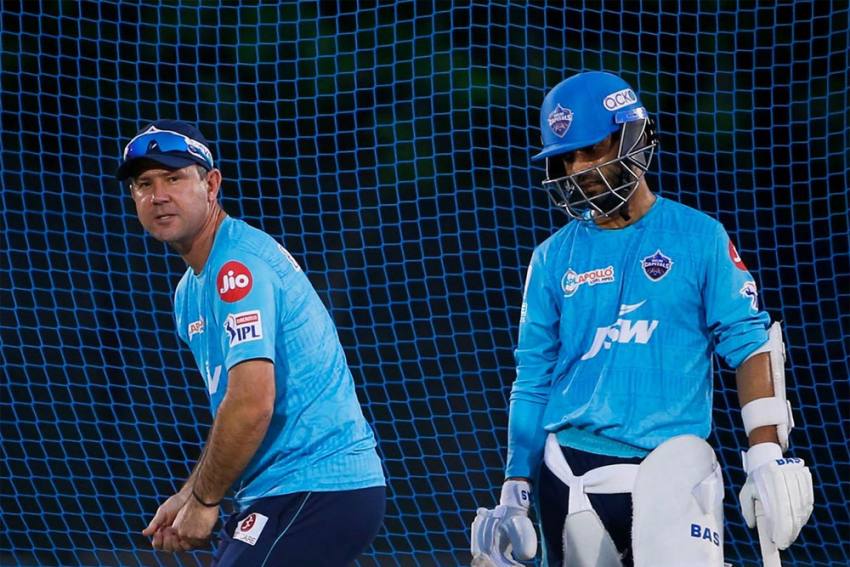 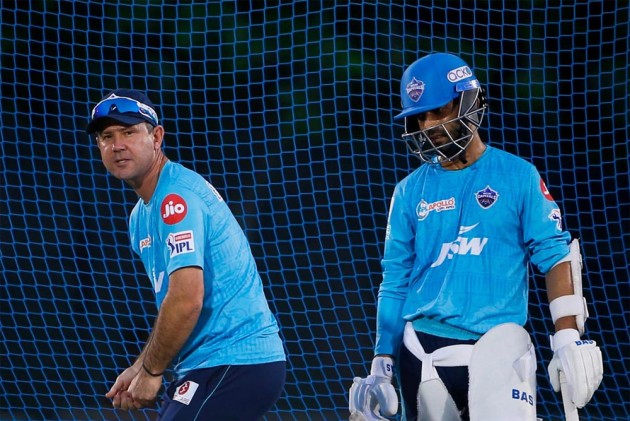 Experience can be a double-edged sword and no one knows it better than Delhi Capitals coach Ricky Ponting. (More Cricket News)

The Australian great has an unenviable task of figuring out whether Ajinkya Rahane, Ravichandran Ashwin and Ishant Sharma could fit into the same playing XI in this year's IPL.

When Delhi Capitals selected their team and traded Ashwin (from KXIP) and Rahane (from Rajasthan Royals), little did Ponting and the bigwigs from JSW know that a squad composed on the basis of a sluggish Feroz Kotla track would turn haywire due to a pandemic.

The Capitals have one of the best assortments of India internationals across formats comprising Prithvi Shaw, Shreyas Iyer, Rishabh Pant, Shikhar Dhawan, apart from the three veterans.

Add to it the IPL's second highest wicket-taker Amit Mishra (157 scalps), Axar Patel, whose only fault is that he is playing in Ravindra Jadeja's era, and Mohit Sharma, who was the surprise package during the 2015 ODI World Cup.

For all practical reasons, only Ashwin looks a sure-shot starter in the playing XI against Kings XI Punjab on September 20, as Iyer will then have an option to use his crafty senior off-spinner in the powerplay against a certain Christopher Henry Gayle.

Ashwin is also someone who can possibly guide the bowlers standing at mid-on or mid-off and in pressure situations, can be the sounding board that a young captain like Iyer would want by his side.

Rahane has been an India as well as IPL captain, but with a career strike-rate of less than 120, the best place to bat for Virat Kohli's Test deputy is at the top of the order.

However, it is highly unlikely that Capitals will tinker with their opening combination of Dhawan (123 plus SR) and Prithvi Shaw (SR of 149 plus), who can take any attack to the cleaners.

This leaves Ponting with only one slot for Rahane and that is No. 3, as the right-hander would need some time to play his strokes.

That would effectively mean that two impact middle-order players, and more essentially, six-hitters like skipper Iyer (SR of 130 plus) and keeper-batsman Pant (SR of 156 plus) will have to go a place down the batting order, possibly leaving them with lesser number of deliveries to face in some of the games.

West Indies' Shimron Hetmyer looks like the player for the No. 6 slot and he is one of the overseas batsmen who plays spinners well and has had some success on slower tracks like ones that will be on offer in the UAE.

The interesting bit will be the No. 7 slot. The two all-rounders in the Capitals line-up are bowling all-rounder Keemo Paul, who has a good change-ups as one saw last year or bating all-rounder Marcus Stoinis, who is capable of hitting sixes.

With no part-time bowlers in the top-order, the Capitals, who will play mostly in Dubai and Sharjah, may go for Axar for his tight left-arm orthodox bowling and the ability to clear the ropes. The other option for that slot is young Delhi all-rounder Lalit Yadav, who can also bowl off-spin.

The No. 8 position will belong to Ashwin, followed by the other three bowlers.

Mishra's credentials both as a wrist spinner (attacking option) and a superb performer in the IPL over the years will be very difficult to ignore and he is the Capitals' possible No. 9.

South African pacer Kagiso Rabada is another certainty, at No. 10, which brings the second fast bowler into the equation.

Ishant, despite being one of India's consistent Test bowlers, has had an underwhelming IPL over the years.

With an economy rate of just under 8 and less than a wicket per game (136 in all he has played) and with his 'Test match length', Ishant is the weakest link among the three veterans. The Capitals have Big Bash League's highest wicket-taker Daniel Sams and young South African Anrich Nortje in the squad, both of whom can be the the No. 11 player.

For Mohit, who has battled injuries and poor form in the last few years, and Avesh, whose pace and bounce is ideal for batsmen to launch an onslaught, or, for that matter, rookie Tushar Deshpande, it could be a case of waiting before they are considered as potent first XI options.

Talking about the pitches in the UAE, Capitals' talent scout head Vijay Dahiya said, "The wickets here will start to become like the ones we have back home, and at Delhi Capitals, we have some amazing, experienced spinners.

"We also have good fast bowlers – Ishant performed exceptionally last year. The top-order makes the team exciting, and most importantly they are Indians, so we get that kind of freedom to pick our best four overseas players as well."