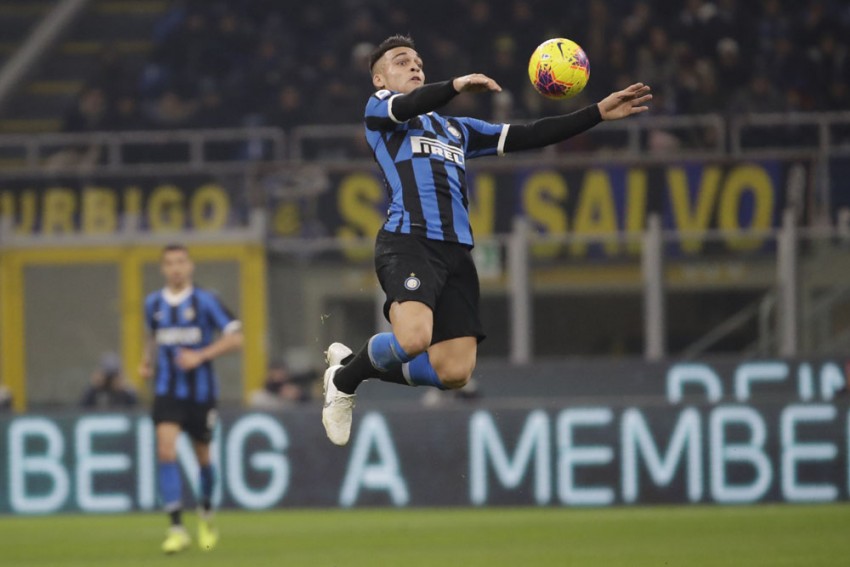 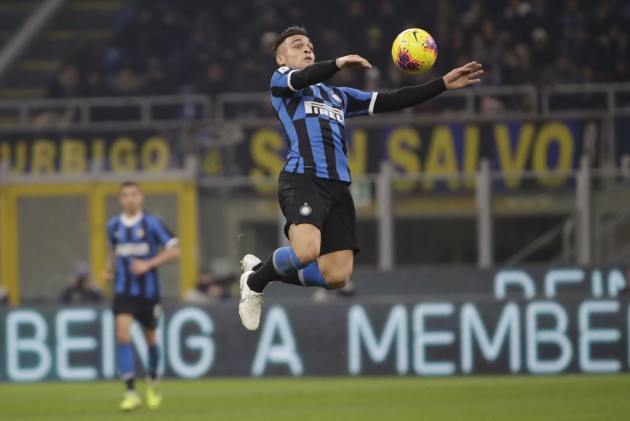 The Argentina international has flourished this campaign under former Italy and Juventus manager Conte, with 13 goals in 20 appearances that have made him a fan favourite after fellow Argentine Mauro Icardi's loan move to Paris Saint-Germain.

Inter are two points ahead of fierce rivals Juventus as they look to prevent the Turin giants from winning a ninth consecutive title.

"The Nerazzurri (Inter) striker is having an incredible season, he is a great player," said Juve coach Maurizio Sarri.

Inter host already-qualified Barcelona in the San Siro on Tuesday knowing a win will seal their ticket to the last 16 of the Champions League.

It was a brace from Martinez and a Romelu Lukaku goal that kept Inter in the Group F chase with a 3-1 win at Slavia Prague last time out.

Barca have shown an interest in signing the in-form Inter striker, who along with former Manchester United forward Lukaku have scored 24 of the team's 40 goals this season.

Martinez has scored nine goals for Argentina in 13 appearances, including a hat-trick against Mexico in September.

"We were not surprised by his explosion," said Inter vice-president Javier Zanetti.

"When we chose him we were convinced that he could demonstrate the value he is now showing."

Martinez opted for Inter ahead of Atletico Madrid, Real Madrid and Valencia, with the club's former Argentine stars Zanetti and Diego Milito acting as intermediaries.

His contract is reported to be worth 1.5 million euros ($1.65 million) a season until the end of 2023, with a 111 million-euro release clause, but Martinez insists: "Inter is my home."

"My big dream is to win a championship with Inter," continued the player from Bah?a Blanca, whose father was also a professional footballer.

Three-time European champions Inter have not won the league since 2010, the year they won a historic treble under Jose Mourinho.

"The Italian league, for a football player, is the university of football," Veron, who won a Serie A title with Inter in 2006, told Gazzetta Dello Sport.

"If Lautaro is so good right now, it's largely down to Conte.

"The coach is always fundamental in the growth of a talent. Conte has given him confidence, made him feel important.

"You don't express yourself so confidently in a stadium like the San Siro if you don't have support behind you."

But Conte, who coached Juventus to three Serie A titles and Chelsea to the Premier League trophy, does not want to single out any one player.

"When we talk too much about a single player or two I never like it," said the 50-year-old.

"Of course we have Lautaro and young lads who are growing.

"But I would like to talk about the whole team because getting hung up on just one is a lack of respect for all the others."