Home  »  Website  »  Sports  »  India Vs New Zealand World Cup Semifinal: Our Character Was Tested And We Came Out On Top, Says Kane Williamson

India Vs New Zealand World Cup Semifinal: Our Character Was Tested And We Came Out On Top, Says Kane Williamson

Kane Williamson put in a patient 67-run knock off 95 balls which proved to be an important one for New Zealand, who defeated India by 18 runs in their Cricket World Cup semifinal at Old Trafford. 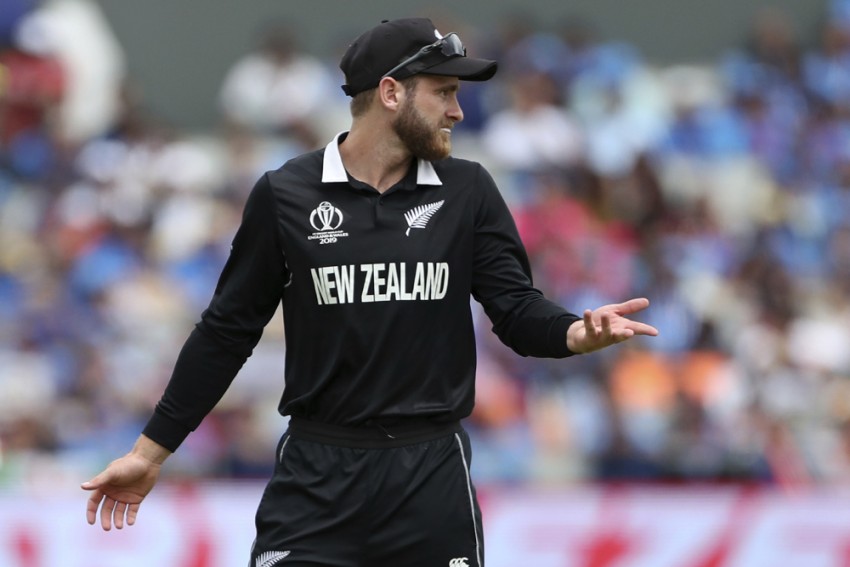 Williamson praised his team's effort, although the conditions were against them.
AP
Outlook Web Bureau 2019-07-10T20:52:24+05:30 India Vs New Zealand World Cup Semifinal: Our Character Was Tested And We Came Out On Top, Says Kane Williamson 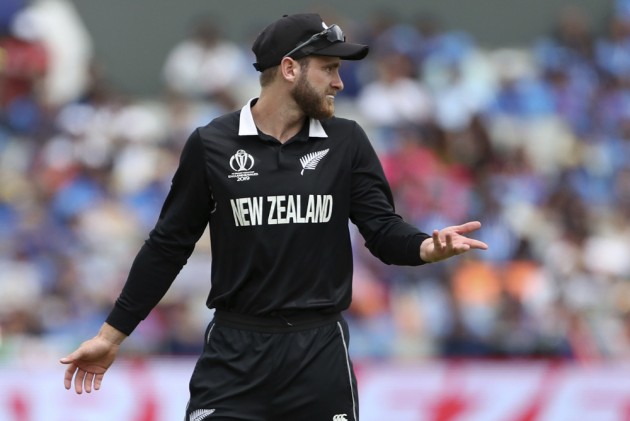 Kane Williamson led New Zealand to a hard-fought victory against India in their Cricket World Cup semifinal clash at Old Trafford on Wednesday. Batting across two days due to rain, the Black Caps posted a 240-run target. Ross Taylor (74 off 90 balls), Kane Williamson (75 off 95 balls) and Henry Nicholls (28 off 51 balls) set a chaseable target for Virat Kohli's side, who crashed at 221-10 off 49.3 overs. Williamson credited his bowlers and some outstanding fielding for the stunning victory.

In the 2015 World Cup, the Kiwis faced heartbreak at the hands of Australia in the final, but look set to face them again (that is if they defeat England in the other semifinal clash on Thursday at Birmingham).

"It's a different feeling, to be fair. The surfaces and the way we had to skin it, has been different to the last World Cup we experienced," said Williamson.

After setting the target, it looked like India would claim an easy victory with the likes of Rohit Sharma and Virat Kohli in a world-class line-up. But some individual brilliance from Matt Henry stole the show. The Kiwis also put in an excellent fielding display, with Martin Guptill running out MS Dhoni with a direct hit in the dying overs when India looked on course for a thrilling win.

"Have a really good bunch of guys. A tough game, tough semifinal and really pleased to be on the right side of things. It was really tough. We had to assess conditions quickly and I think both sides felt that it wasn't a high-scoring track. We thought that 240-250 will help us to put India under pressure. The guys were able to do that in the middle and at the back end without going too hard," said Williamson.

Williamson also felt that the rain had an impact on the match.

"With the new ball, our bowlers try to move the ball off the seam or in the air. Need to put pressure on that world-class batting line-up of India. We knew that when the track slowed down, we had to squeeze," quipped the skipper.

Ravindra Jadeja almost tilted the match towards India's favour with a resurgent partnership with MS Dhoni, but crashed to pressure. Jadeja was bowled by Trent Boult, caught off Kane Williamson.

"They showed why they are a world class side when they took it really deep to a position where they could have won it through MS and Jadeja. Our character was tested and we came out on top," stated Williamson.

Williamson praised his team's effort, although the conditions were against them. "We've seen conditions be really tricky at times and in some games, we didn't play our best cricket but guys weren't disheartened and backed ourselves. On a particular day, anything can happen and it was a game of small margins. Pleased to come across the line. Indian supporters have been really good," concluded Williamson.

Meanwhile, Man of the Match Henry, who got the crucial wickets of KL Rahul (1), Rohit Sharma (1) and Dinesh Karthik (6) conceding just 37 runs in his 10 overs, said: "In the break, we talked about making sure we do the best we can and play the way we wanted to play. We started well with the ball and created a lot of pressure."

"We had to ask a lot of questions against that world-class batting line-up. We knew we had to create pressure against that batting line-up but we also knew that this was a difficult wicket to bat on and it was holding up a little bit," stated Henry.

He also praised Hardik Pandya, Dhoni and Jadeja, who tried to rebuild for India but failed. "Hardik and Dhoni, the way they batted with Jadeja to come in, we know they are world-class finishers. We needed to finish off well and get them out before it went too deep," said Henry.

"Very special to earn ourselves a Lord's final, thanks to all the New Zealand supporters out there. We are looking forward to the final on Sunday," concluded Henry.

Having sealed a berth in the final, New Zealand will face either Australia or England, who face each other in the other semifinal fixture at Edgbaston, on July 11.