Left-arm spinner Keshav Maharaj (3/189 in 55 overs) bowled his heart out against India in the first Test at Visakhapatnam but did not get the support from the other end in Dane Piedt (107/1 in 19 overs) or debutant Senuran Muthusamy (63/1 in 15 lovers), who did take the prized wicket of Virat Kohli 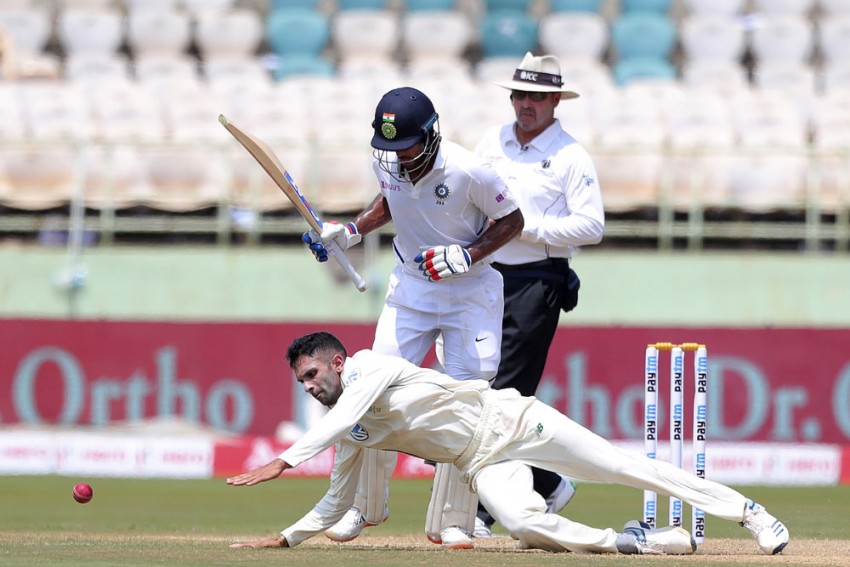 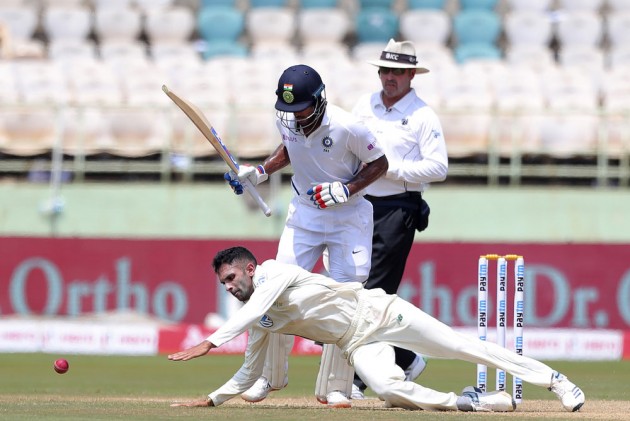 South African spinners did not bowl badly and it was just sheer brilliance of Rohit Sharma and Mayank Agarwal that has taken the game away from the visitors, lead Proteas tweaker Keshav Maharaj said at Visakhapatnam on Thursday.

Left-arm spinner Maharaj (3/189 in 55 overs) bowled his heart out but did not get the support from the other end in Dane Piedt (107/1 in 19 overs) or debutant Senuran Muthusamy (63/1 in 15 lovers), who did take the prized wicket of Virat Kohli.

"I wouldn't say they bowled poorly. I personally judge if someone comes down the wicket and hits you, it's not a bad ball. If you are getting hit from the crease, if you are getting cut, then it's a different story," said Maharaj, after day two of the first Test.

"Piedt was unlucky. Mayank played superbly well and so did Rohit. Literally everything they wanted to do paid off, it was their day. I wouldn't look too much if they bowled badly or anything. Sen is an all-rounder, a batting all-rounder, so his contribution in his first Test went pretty well, especially in tough conditions," he said.

India won the toss and had no hesitation in batting first. The hosts put up mammoth 502 for seven in their first innings. In response, South Africa were 39 for three at stumps.

"I suppose the toss does play a part because you want the best possible conditions to bowl for the spinners but having said that, we could have been a little bit better at times when we did bowl.

"But I suppose the toss does play a large factor in terms of the outcome of the game. But we still have a task at hand in terms of bat as long as possible and try and come close to the target if possible," said Maharaj

India spinners bowled faster than their South African counterparts and got more purchase out of the surface. Maharaj said the deteriorating pitch was also a reason Indian spinners doing well.

"I also think the deterioration also plays a massive factor in terms of the pace of the ball. Obviously, with the wicket not spinning, you try to beat the batsman through the air and maybe slow it to get some assistance.

"Maybe, the odd faster ball might grip. But yeah, the deterioration of the wicket does play a pivotal factor in terms of the speeds that you do play."