The inaugural WTC final is scheduled to be held in Southampton from June 18-23. 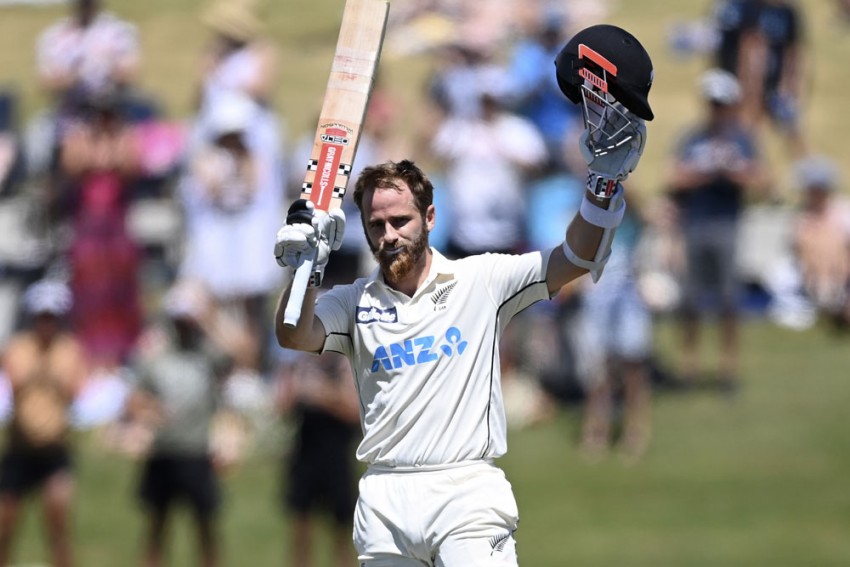 New Zealand captain Kane Williamson missed the second Test against England due to an elbow injury but is back in the side for the World Test Championship final against India starting June 18.
AP Photo
PTI 2021-06-15T10:26:51+05:30 IND vs NZ, WTC Final: Kane Williamson Available To Lead New Zealand - Check Full Squad Here

Kane Williamson will be available to lead New Zealand against India in the World Test Championship final, head coach Gary Stead announced on Tuesday as he unveiled a 15-man squad for the marquee clash starting June 18. (More Cricket News)

Williamson was forced to miss the second Test against England due to an elbow injury and Tom Latham had led New Zealand to a comfortable eight-wicket win, which had sealed a series triumph for the visitors.

Wicket-keeper BJ Watling, who too had missed the second Test due to a back injury, has also been named in the squad.

"Kane and BJ have certainly benefitted from their week of rest and rehabilitation and we expect them to be fit and available for the final," Stead said at a press conference after the team's arrival here for the WTC final starting June 18.

"Playing in a World Cup Final is a really special occasion and I know the guys are looking forward to getting into their work here in Southampton," he added.

Stead said their victory over England notwithstanding, it is going to be a tough challenge facing India.

"India are a world class outfit who possess match winners all through their line-up, so we're under no illusion about how tough they will be to beat," he said.

New Zealand will go into the clash with one specialist spinner in 32-year-old left-arm spinner Ajaz Patel and all-rounder Colin de Grandhomme.

Will Young is their specialist batting cover, while Tom Blundell is the back-up wicket-keeper.

"We've gone with Ajaz as our specialist spinner after an impressive outing at Edgbaston and we believe he could be a factor at the Ageas Bowl," Stead said.

"Colin's been an integral member of our Test set-up for many years and it was great to see him return at Lord’s after a long injury lay-off.

"He's a proven performer at the top level and we back him to do a job with the bat or the ball if called upon."

"It's not easy to say goodbye to guys who have given so much to the group. Doug, Jacob and Rachin have been selfless in their attitude to helping the team and supporting those in the playing XI.

"With our squad being reduced, Heinrich and our second physio Vijay Vallabh will return home to New Zealand on June 16, along with Jacob, Rachin and Mitchell. We wish them well and thank them for their efforts," said Stead.