India were off to a horrible start in the T20 series, suffering an eight-wicket loss in the opening match but turned the tables on England with a seven-wicket win in the second game 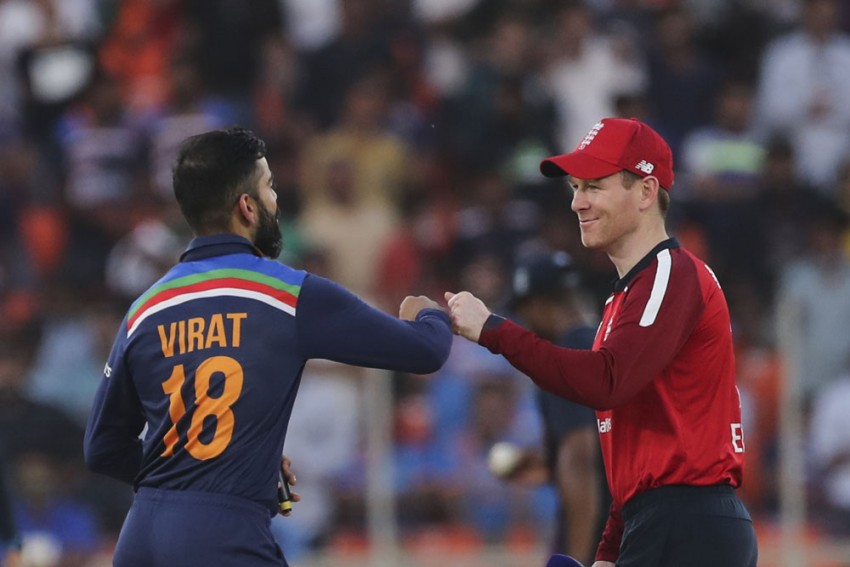 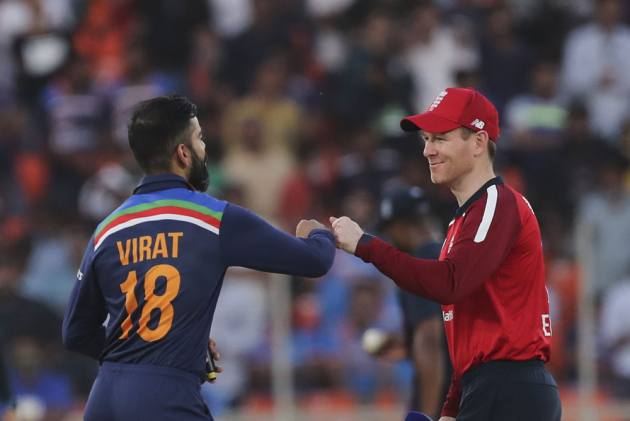 Their confidence soaring high after a resounding series-levelling win, India would look to build on their new approach of batting freely and fearlessly when they take on England in the third Twenty20, in Ahmedabad on Tuesday. (More Cricket News)

The Men in Blue were off to a horrible start in the T20 series, suffering a demoralising eight-wicket loss in the opening match but turned the tables on England with a seven-wicket win in the second game.

In stark contrast from the first match, Virat Kohli and his men excelled in all departments.

The inclusion of Ishan Kishan, who made a sparkling debut with a 32-ball 56, allowed India to go ahead with their new approach that encourages batsmen to express themselves.

Despite losing KL Rahul in first over with no runs on the board, the 22-year attacked from the word go, smashing Jofra Archer for a boundary in the very first ball he faced.

The hosts will also gain confidence from Kohli unbeaten innings in the previous game as he took the side past the finish line, breaking a sequence of low scores.

The skipper did not have the best of times in the preceding Test series and also got out cheaply in the first T20. Both Kohli and Shreyas Iyer will target big scores.

The bowling department, which didn't have runs to defend in the opener, did a fabulous job to restrict England to 164. The biggest positive would be Hardik Pandya bowling four overs which allowed the hosts to go with an extra batsman.

The bowlers will look to replicate their good show from the last match where they found their rhythm.

What India would aspire is a better effort from Rishabh Pant, who has been promoted to number four ahead of Iyer. The big-hitting wicketkeeper has looked lethal in both outings but failed to capitalise on his starts.

India are unlikely to tinker with the winning combination save the return of star white-ball opener Rohit Sharma who is expected to be back in the side after being rested for a couple of games.

With Kishan faring well, KL Rahul, who looked out of sorts in both the outings, is expected to make way for Rohit.

The primary objective for India remains the same -- to get an idea of the core group of players going into the ICC T20 World Cup in October.

England attack looked less threatening in the absence of Mark Wood, who missed the second T20 due to a bruised heel. However, skipper Eoin Morgan confirmed that the pacer will return in the next game.

Opener Jason Roy has looked in good nick but missed out on half-centuries in both games, He will be eager to go the distance come Tuesday.

With the series locked at 1-1, the third T20 promises to be a cracker of a contest with both teams be vying for the bragging rights at the Narendra Modi stadium.

With the game set to unfold on a surface that red soil beneath, the spinners are expected to test the batsmen.