Four-time champions India produced a superlative allround display as they first dismissed Pakistan for 172 in 43.1 overs and then returned to overhaul the target with consummate ease, scoring 170 for no loss in 35.1 overs in the U-19 Cricket World Cup. 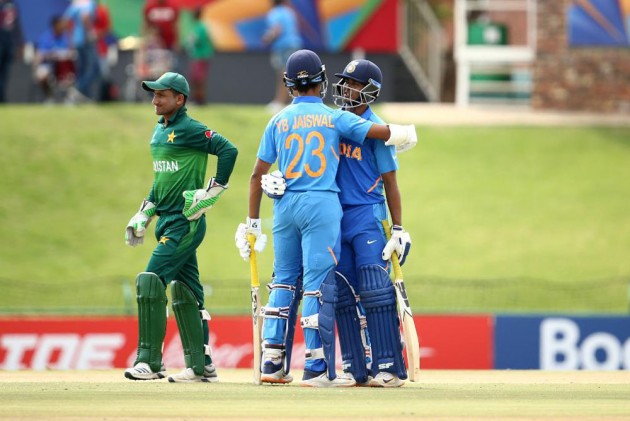 Defending Champions India stormed into their second successive finals of the Under-19 World Cup after thrashing Pakistan by 10 wickets in the first semifinals on Tuesday.

Four-time champions India produced a superlative allround display as they first dismissed Pakistan for 172 in 43.1 overs and then returned to overhaul the target with consummate ease, scoring 170 for no loss in 35.1 overs.

Chasing the target, openers Yashasvi Jaiswal (99) and Divyaansh Saxena (59) displayed great maturity as the duo mixed caution with aggression and didn't allow their rivals any chance to make a comeback in the match.

Jaiswal, who currently tops the run-getter list with 306 runs in the tournament, smashed eight fours and three sixes in his 112-ball innings, while Saxena had six boundaries to his name.

For Pakistan, skipper Rohail Nazir (62) and opener Haider Ali (56) cracked half-centuries but rest of the batsmen found the going tough.

Ali's 77-ball 56 contained nine hits to the fence, while Nazir smashed six boundaries in his 102 ball 62.

India will either face Bangladesh or New Zealand in the final.