French Open: When And Where To Watch Anastasia Pavlyuchenkova Vs Barbora Krejcikova Women's Singles Final In India

Pavlyuchenkova is seeded 31st, while Krejcikova, 25, from the Czech Republic is unseeded. Catch the telecast details here 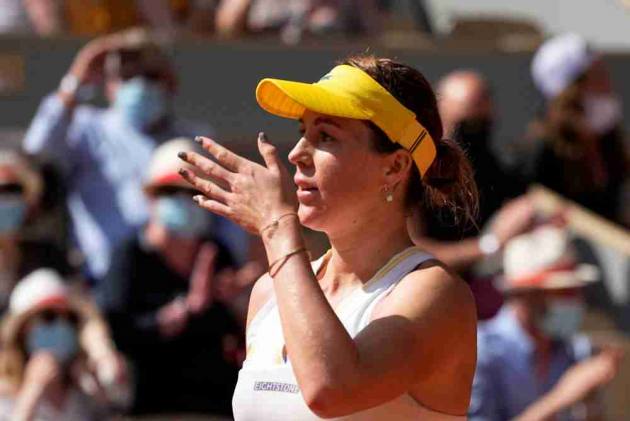 Success seemed to come so quickly and easily for Anastasia Pavlyuchenkova as a junior, including three Grand Slam girls' titles and a No. 1 ranking by her early teens. (More Sports News)

Not so much in the professional ranks.

Her match against Barbora Krejcikova at the French Open on Saturday comes at the end of Pavlyuchenkova's 52nd major tournament, the most Slam appearances before reaching a final for any woman in the Open era, which began in 1968.

Here's what present-day Pavlyuchenkova thinks her younger self would make of that: “14-year-old me would tell me, Like, what took you so long?'”

“It's tough to really talk about it right now. I don't know. It's been a long road. I had my own long, special road,” the 29-year-old Russian said Thursday after beating Tamara Zidansek 7-5, 6-3 in the semifinals.

“Everybody has different ways. I don't know. I'm just happy I'm in the final. Trying to enjoy.”

It is, fittingly, a surprising matchup at the end of a surprise-filled two weeks at Roland Garros.

Four-time major champion Naomi Osaka withdrew from the tournament, citing the need for a mental health break. No. 1 Ash Barty retired from her second-round match because of an injury. Serena Williams lost in the fourth round. Defending champion Iga Swiatek bowed out in the quarterfinals.

It was the first time since the 1978 Australian Open that all four women's semifinalists had never been that far at a Grand Slam tournament.

Pavlyuchenkova, who is seeded 31st, had been 0-6 in Grand Slam quarterfinals until this week.

Krejcikova, a 25-year-old from the Czech Republic who is unseeded and ranked 33rd, hadn't made it past the fourth round in at any major before this trip to Paris.

Then again, in contrast to her opponent, this is just the fifth time Krejcikova has participated in the main draw at one of the Slams in singles.

In doubles, however, she's been ranked No. 1, already won a pair of major championships and reached the French Open final in that event alongside partner Katerina Siniakova with a semifinal win Friday. Mary Pierce was the last woman to win singles and doubles titles in Paris.

Krejcikova had never won a singles title of any sort on tour until last month, when she triumphed on clay at Strasbourg, France. She enters Saturday on an 11-match winning streak, including victories over 2017 U.S. Open champion Sloane Stephens, No. 5 seed Elina Svitolina and 17-year-old Coco Gauff at Roland Garros.

Pavlyuchenkova, who eliminated No. 3 seed Aryna Sabalenka and two-time Australian Open champion Victoria Azarenka over the past two weeks, has won 12 events on tour, but nothing of this magnitude, of course.

Pavlyuchenkova spoke quite plainly about how much she has imagined winning a Grand Slam championship.

“As tennis players, that's the only goal I think we have in the head. That's why we playing tennis. That's, for us, the biggest achievement you can get. That's what you (are) playing for, of course,” she said.

Krejcikova took a little while to get to that point.

She explained after saving a match point and edging No. 17 seed Maria Sakkari 7-5, 4-6, 9-7 in Thursday's semifinals that she grew up in what Krejcikova called “a little city” — where there weren't professional tennis coaches, where practicing or playing was about having fun and where neither she nor anyone else was saying, “This is going to be your career.”

Later, at age 16 or 17, Krejcikova said, the idea of making a job out of this sport seemed plausible.

But winning a major trophy?

Or even just getting to a title match?

“I mean, I never imagined that I'm going to be, actually, a Grand Slam finalist. I don't know. I don't know. It sounds, I mean, incredible,” she said, pausing between words.