Sofia Kenin, Petra Kvitova and Ons Jabeur are into the last 16 at Roland Garros, but Garbine Muguruza has been eliminated 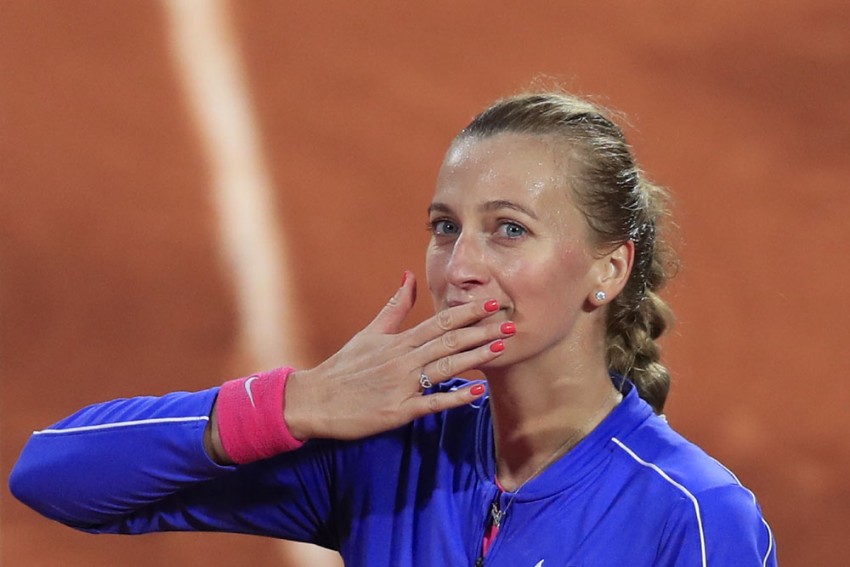 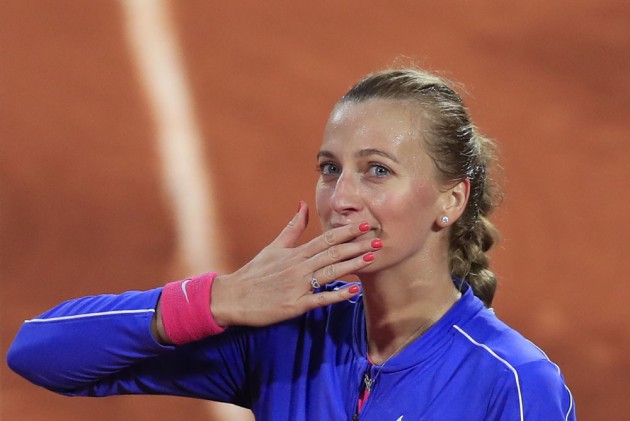 Kvitova, a semi-finalist at Roland Garros in 2012, had only gone as far as the third round in Paris in the previous four years and did not compete in the competition in 2019.

But she showed fight and gusto to battle back from a major deficit in the first set and eventually see off Fernandez, who only turned 18 last month.

Kenin was given a lot less to worry about against her Romanian opponent, barely breaking a sweat as she swept past Bara with consummate ease and brought out the party tricks.

KVITOVA RISES TO THE CHALLENGE

A major shock appeared to be on the cards for Fernandez for a while in this contest, as the youngster found herself 5-1 to the good in the opening set.

She even had two set points, but Fernandez – the junior champion at Roland Garros just last year – could not quite hold her nerve.

Kvitova rattled off nine games in succession to impressively rise to the occasion, showing immense willpower and focus to recover from such a deficit and seal the first set.

After consecutive breaks on her serve at the start of the second, Fernandez did hit back with one of her own as she too showed some spirit – but it was too little, too late, as the experienced two-time Wimbledon champion powered to victory with 32 winners to 19.

The challenge she faced was not lost on Kvitova, as she said: "I definitely think that she is really playing a great game. She's a great mover. She catches a lot of balls and if she has a chance, she's really going for it.

"It was really challenging today. I'm really happy I found a way even though it wasn't easy."

Petra Kvitova completes the comeback to reach the Round of 16 @rolandgarros for the 1st time since 2015.

Kvitova has not dropped a set. #RG20 pic.twitter.com/eIuY2MgbBC

Kenin will take some stopping on this form. The fourth seed was imperious against Bara, winning 6-2 6-0 in one hour and 12 minutes.

The Australian Open champion rattled off 34 winners and achieved an in-match double bagel, winning 12 games on the spin after falling behind to an early break.

"I feel like I'm playing well at the slams," she said. "Obviously I feel like I should get deep in a tournament. I'm a bit hard on myself. It's a little bit different mindset now coming into the slams.

"Towards the end I just started getting a little bit careless. I started like doing drop shots towards the end, like just for fun. I was like, 'why not? Let's just do drop shots'. But then she obviously picked up her game."

JABEUR BLAZING A TRAIL AS MUGURUZA CRASHES AND BURNS

Three years after becoming the first Arab woman to reach the third round at a grand slam, Jabeur went one better by booking her place in the last 16.

Jabeur took the opener after squandering three set points on serve but lost 15 points in a row at the start of the second, admitting afterwards that keeping calm and carrying on saw her through.

"She was screaming, fighting every point... in some very important points, especially when she got back at 6-6," Jabeur said. "For me, I wanted to stay calm because I had no reason to be angry. I think that helped me a lot today."

Danielle Collins awaits in the next round for Jabeur after the unseeded American produced a shock by eliminating 11th seed and 2016 champion Garbine Muguruza.

In the final match of the day, Muguruza was unable to sustain the level she showed after fighting back from a set down, as Collins progressed 7-5 2-6 6-4 despite finding herself trailing by two breaks in the decider.

Danielle Collins rallies from a 0-3 double-break deficit in the third to defeat Garbiñe Muguruza 75 26 64 and advance to the Round of 16 for the 1st time @rolandgarros.

Collins will face Ons Jabeur for a spot in the quarterfinals.#RG20 pic.twitter.com/i9gpD0gxGg