Portugal defeated the Netherlands, to win the UEFA Nations League title, with Cristiano Ronaldo adding another international trophy to his cabinet. 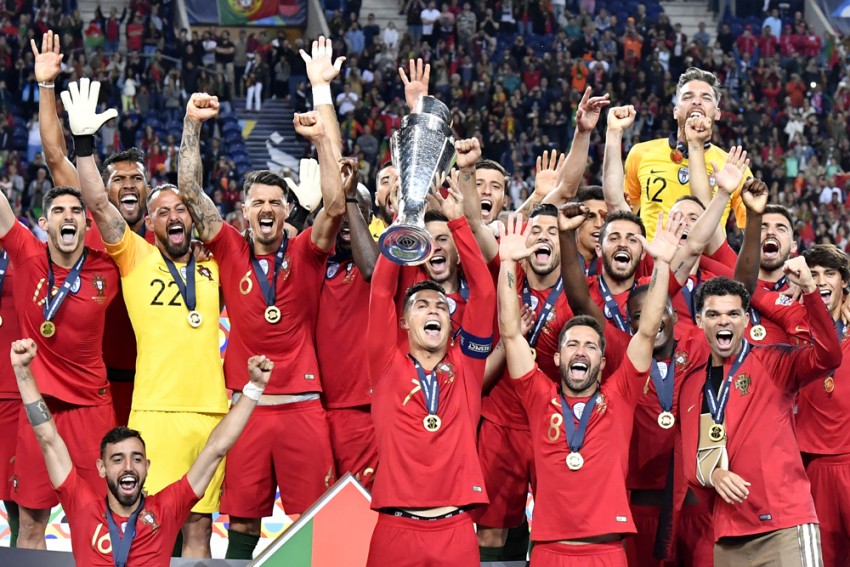 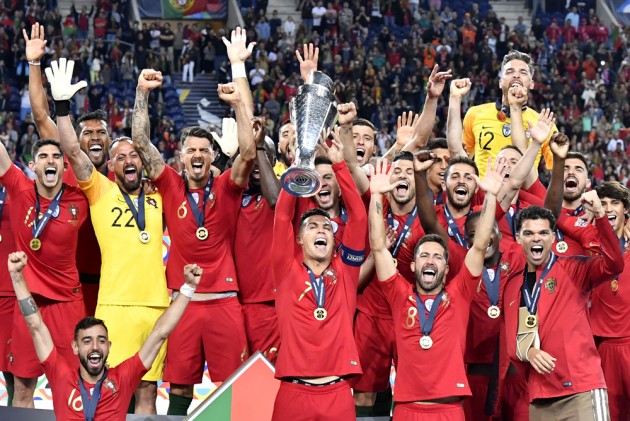 Portugal wrapped up their second continental title in a span of almost four years, with a 1-0 win over the Netherlands. Goncalo Guedes scored the solitary goal (60'), via a Bernardo Silva assist, to seal the UEFA Nations League title for his side. While this marked Cristiano Ronaldo's second international trophy, fans didn't forget to take a dig at Lionel Messi after the fixture.

The Messi-Ronaldo duopoly has dominated world football for almost a decade But, since Euro 2016, many people have pointed out that the Barcelona skipper has never been able to motivate his country to an international title, meanwhile, the Juventus forward has done it. Messi's only silverware with the national team is that of 2008 Summer Olympics football gold medal.

The Navigators were at their electrifying best against the Dutch, in what turned out to be a rather dominating performance for the hosts.

In its first edition, the winners have received a title, coupled with £9.2m as prize money. Also, Manchester City star Silva was adjudged as Player of the Tournament. The former Monaco man has had a fantastic calendar year, winning the Premier League, FA Cup, League Cup, and the inaugurative Nations League.

After the 2014 FIFA World Cup, Portuguese football looked like it was in a state of decline. But the European nation bounced back in full throttle, edging past favourites France to win Euro 2016. In Russia 2018,  the Cristiano Ronaldo-led side reached the Round of 16 stage, losing to Uruguay.

Here are the fan reactions on Portugal's win over the Netherlands:

Cristiano Ronaldo the GOAT has lifted yet another trophy for Portugal.

King Cristiano Ronaldo of Portugal, the First of His Name, King of Europe, the Conqueror of Leagues, the Rightful and ONE TRUE G.O.A.T.

No player. And I mean no player has won more trophies this year than Bernardo Silva this year.

Not Ronaldo.
Not salah.
Not Messi.
Not any sinlge player's cabinet is as smooth as his this season.

The real Guy this season. pic.twitter.com/e23DyCyu5N

Who is the real GOAT?

Messi still has a chance to win his first Copa America, with Argentina kicking-off their campaign against Colombia (16th June).