Jurgen Klopp's side has seized the early initiative in the EPL with four successive wins to open up a two-point lead over second-placed Manchester City, and host Newcastle in the first match of the fifth round on Saturday 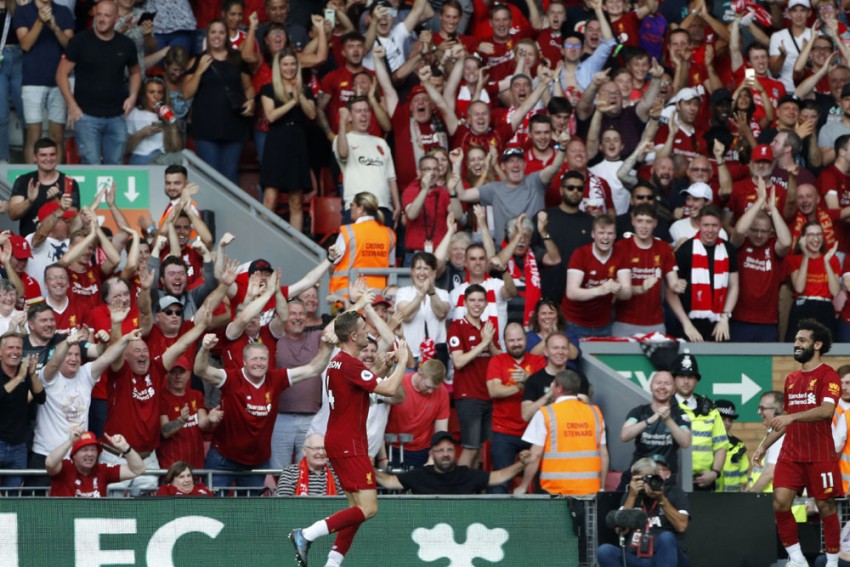 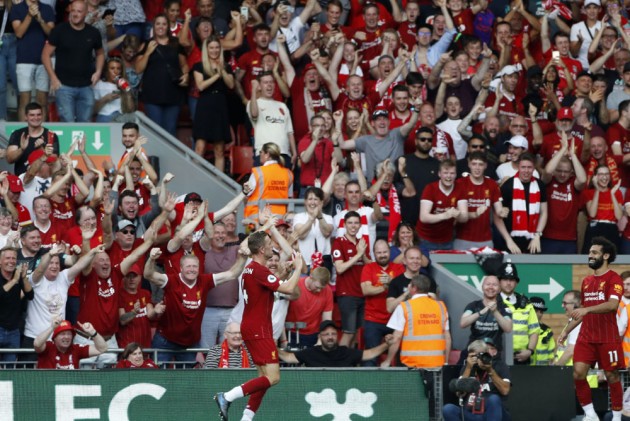 Liverpool's sizzling start to the English Premier League (EPL) 2019-20 season has left their title rivals breathless and the red-hot leaders are expected to maintain their perfect record against Newcastle on Saturday. (More Football News)

Jurgen Klopp's side have seized the early initiative in the EPL with four successive wins to open up a two-point lead over second-placed Manchester City.

The European champions' relentless tempo has overwhelmed Norwich, Southampton, Arsenal and Burnley, sending a message that they are determined to make amends for narrowly failing to pip City to the trophy last season.

Arsenal's Dani Ceballos is new to English football after joining on loan from Real Madrid and the Spain midfielder admitted to being gob-smacked at the intensity Liverpool displayed in their 3-1 victory against the Gunners in August.

"I had never seen anything like it. I've not seen up until now a team that plays better, that presses better. That game had quite an impact on me," Ceballos told the Daily Mail.

"They suck the air out of you. You spend so much time defending and when you want to catch your breath and get on the ball for a bit, they've taken it from you again.

"I think Jurgen Klopp now has the team he first had in mind when he started four years ago." That glowing testimony underlines the size of the task facing City as they try to stop Liverpool winning their first English crown since 1990.

City may have won the last two Premier League titles in scintillating fashion, but Liverpool look better than ever this term and Newcastle are unlikely to halt their progress at Anfield this weekend.

With City playing Norwich in Saturday's late game, the champions could be five points behind Liverpool by the time they kick-off at Carrow Road.

Pep Guardiola's team are unbeaten and have already thrashed West Ham and Brighton, but their lone slip -- a draw against Tottenham -- allowed Liverpool to seize pole position and they can't afford another against second-bottom Norwich.

Across Manchester, Ole Gunnar Solskjaer's United can only dream of gate-crashing the title race after a disappointing start showed how far they have fallen off the pace.

United have won only once in their first four games, adding to the incentive for their England defender Harry Maguire to inspire a victory against his former club Leicester.

Maguire is the world's most expensive defender after his GBP 80 million close-season move from Leicester, but he is yet to play like it, as his creaky showing in England's midweek Euro 2020 qualifier against Kosovo emphasised.

Leicester will arrive at Old Trafford above Maguire's men in the table after an impressive unbeaten start.

But, whatever his shortcomings in some areas, Maguire's personality has made an impression on his new team-mates, who expect him to come good soon.

"It's been seamless," said United reserve keeper Lee Grant. "Harry has definitely slotted straight in, in terms of the social side and in terms of his mentality and attitude, which has been first class.

"The most important thing, though, is his quality and he was able to show that against Chelsea. We could all see he is quite at home in front of the Old Trafford crowd and quite at home as a Manchester United player."

Mauricio Pochettino must hope the closure of the European transfer window lifts the mood at Tottenham, who host fourth-placed Crystal Palace looking to secure only their second win.

Pochettino was concerned that speculation over the futures of several Tottenham players, including Christian Eriksen, had unsettled his squad.

But Eriksen remains with Tottenham in the final year of his contract and Pochettino said: "He was always happy. He never said he wasn't happy here.

"Everyone of course has aims, goals, challenges. His qualities are there and important for the team."

Chelsea striker Tammy Abraham will become only the third player aged 21 or younger to score two or more goals in three consecutive Premier League games, matching the achievement of Cristiano Ronaldo and Dele Alli, if he bags another brace at Wolves.