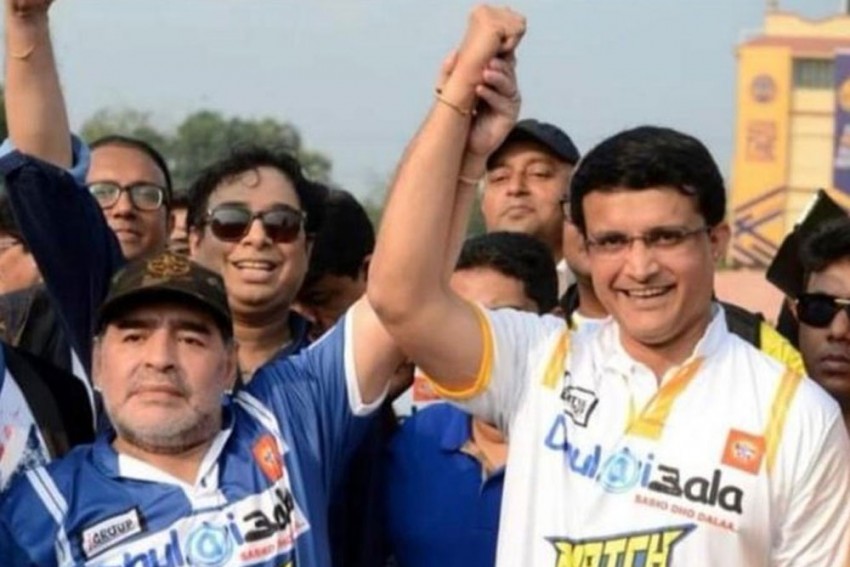 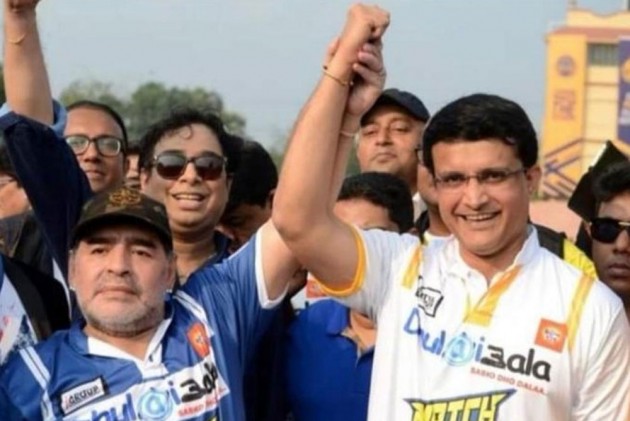 Football great Diego Maradona's death triggered an outpouring of emotional tributes in the Indian sporting fraternity on Wednesday with the country's cricket chief Sourav Ganguly saying that he has lost his hero. (More Football News)

Maradona, considered the greatest footballer of all time alongside Brazil's Pele, died following a cardiac arrest, two weeks after undergoing a surgery to remove a blood clot in his brain.

READ: Maradona Turns 60, Dreams Of Scoring Another Against England

"My hero no more ..my mad genius rest in peace ..I watched football for you," former India captain and BCCI president Ganguly, who has always termed the Argentine genius as his first sporting hero, tweeted.

My hero no more ..my mad genius rest in peace ..I watched football for you.. pic.twitter.com/JhqFffD2vr

Ganguly had played with Maradona in a charity match when the icon came to Kolkata in 2017.

"Argentinian football legend Diego Maradona was like a magician with the ball at his feet. Football has lost an invaluable gem today. His glorious legacy will forever have a place in football history. Rest in peace," he tweeted.

Batting great Sachin Tendulkar added, "Football and the world of sports has lost one of its greatest players today. Rest in Peace Diego Maradona! You shall be missed."

"One of the greatest icons of the game Diego Maradona passes away, a very sad day for World sports. Condolences to his family, friends and well-wishers," Laxman tweeted.

"Arguably one of the greatest sportsman of all time. Saddened to hear about the passing away of the great Diego Maradona. My heartfelt condolences to his family."

"Thank you for all the memories & madness," he tweeted.

"...that genius left foot that was truly blessed by all the Gods above."