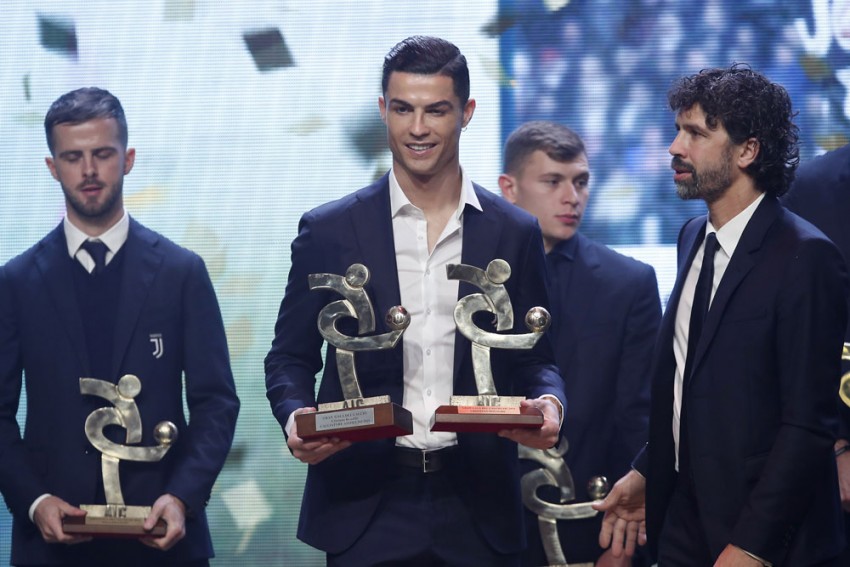 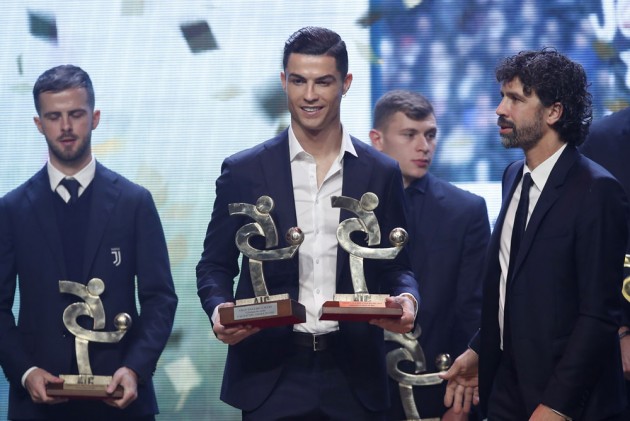 Ronaldo dodged the glitzy Ballon d'Or ceremony in Paris on Monday to instead attend the annual Gran Gala del Calcio in Milan, where he was honoured for his successful maiden campaign with Juve.

He scored 21 league goals in 2018-19 to help the Bianconeri to an eighth successive Scudetto and has six goals in 11 starts this term, despite injury issues curtailing his playing time over the past month.

"It is a proud moment to win this award," Ronaldo said upon collecting the award, which was won by Mauro Icardi, then of Inter, 12 months ago.

The best player in Serie A!

"I want to thank my Juventus team-mates. It was my first year in Serie A, a difficult league, and I am very happy. Thank you for voting for me.

"I will now try to repeat what I've done over the next year."

Ronaldo has been struggling with a knee injury in recent weeks and reacted angrily to being hauled off in wins over Lokomotiv Moscow and Milan last month.

However, Juventus sporting director Fabio Paratici insisted the Portugal international – who finished third in the Ballon d'Or running behind Messi and Liverpool defender Virgil van Dijk – will remain in Turin beyond the end of the campaign.

Ranked at the 3rd place of the 2019 #ballondor @Cristiano @juventusfc pic.twitter.com/4L7ZSvdJtb

"This talk makes me smile because there are other problems," Paratici told Sky Sport Italia.

"Ronaldo is ambitious and came to Juventus to prove he is the best here too. We thought he should have won the Ballon d'Or – the rankings are always questionable.

"He will be a Juventus player next season, without a doubt.

"We must thank him for making himself available to [Maurizio] Sarri, even though he has not been in optimal condition. Having not been able to train properly for a while, it is normal that he is not at his best."