Cricket World Cup: On-fire Mitchell Starc Warns Rivals That His Best Is Yet To Come 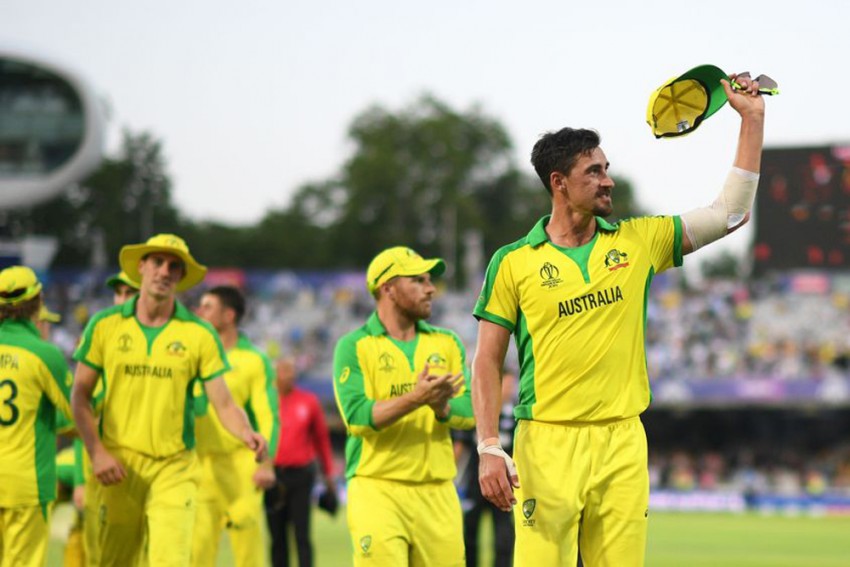 Imposing it may have been but when it comes to putting together a faultless game, the left-armer believes his side still has some way to go.
AP
Outlook Web Bureau June 30, 2019 00:00 IST Cricket World Cup: On-fire Mitchell Starc Warns Rivals That His Best Is Yet To Come 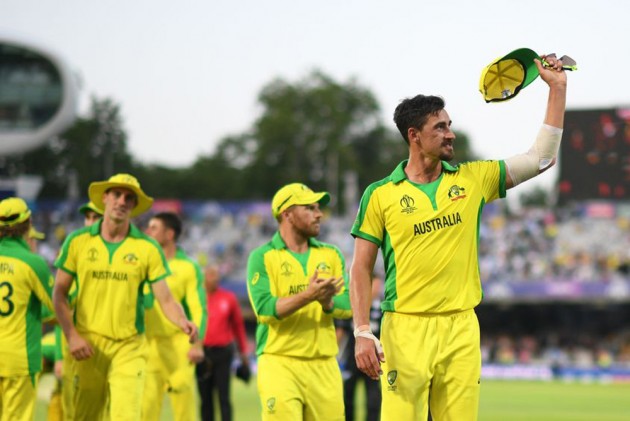 Australian perfection has yet to be achieved in the eyes of Mitchell Starc despite guiding his side to a seventh win at the ICC Men’s Cricket World Cup. Starc’s record-breaking third career World Cup five-wicket haul proved characteristically destructive as Australia bowled New Zealand out for 157, securing victory by 86 runs at Lord’s.

Imposing it may have been but when it comes to putting together a faultless game, the left-armer believes his side still has some way to go.

Just once have Australia tasted defeat this tournament when losing out to India at the Oval, so it’s ominous when Starc says the best is yet to come.

“We've always spoken about peaking towards the back end of the tournament, and we're still searching for that perfect performance,” he said.

“We're not quite there yet. We're showing glimpses of what we are capable of with the ball and with the bat and in the field, but we have still got room to improve, and that's exciting for this group.

“We've got to play our best game in the semi now and hopefully better that in the final, and that's what tournament play is all about.

“If we keep continuing to improve every game, whether we play New Zealand or India or anyone, we're going to have to plan really well and then execute on the day.

“It’s a great result beating New Zealand, but one win is not going to win you the World Cup.”

Just five players now boast more than Starc’s haul of 46 World Cup wickets, with none coming close to the mesmeric 12.97 average he boasts with the ball.

But the 2015 Player of the Tournament insists it’s wins more than personal records that dominate his motivation having lifted the trophy four years ago.

But with performances such as his 5/26 against the Black Caps, the best bowling figures of the tournament so far, the 29-year-old will not be a passenger in his bid to repeat the feat.

But he was far from a lone wolf in pulling off the victory, with half-centuries from Alex Carey and Usman Khawaja – after a rare failure from the openers – helping Australia to 243/9, batting first on a wicket that wasn’t easy to negotiate.

“Records don’t mean much if we don't win the World Cup,” added Starc. “I’m just stoked to be playing a part in this group and continue to contribute.

“A big part of our victories is our calmness and I think that's probably led by Finchie [captain Aaron Finch]. He's been fantastic as a captain.

“I think there's a real sense of calmness around the whole group, not just from the bowlers but from Finchie to all the fielders.

“Even when things are not quite happening for us, it's still very calm. We still know what we want to do. It goes back to the execution.

“It's that clearness as a whole group out on the field is what's probably instilling that confidence in the bowler to execute what they want to do.” (Inputs from ICC)