Shikhar Dhawan made 117 in India’s 36-run ICC Cricket World Cup 2019 win vs Australia. It was his third century at The Oval. 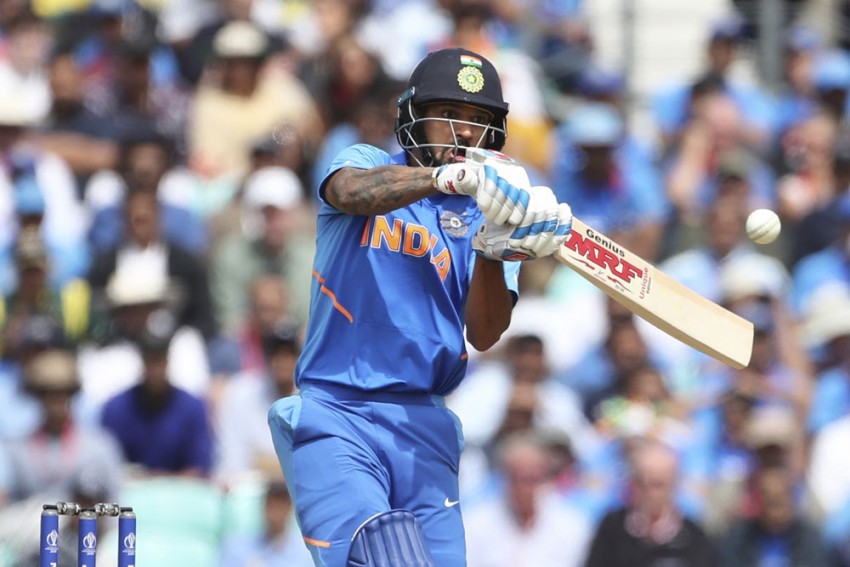 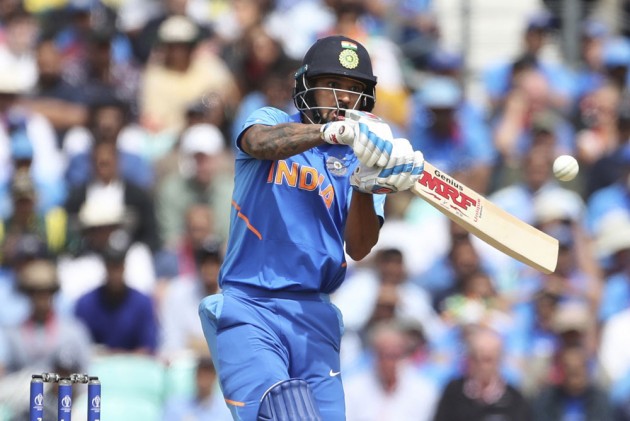 Mitchell Starc raised his left hand in an attempt to catch the ball but it was hit with such ferocity by Shikhar Dhawan that umpire Ian Gould had to move out of the way with the nimble-footedness more akin to a ballroom dancer. (HIGHLIGHTS | SCORECARD | FULL SCHEDULE)

Four balls later, the left-hander was back in the pavilion – having holed out to substitute fielder Nathan Lyon on the deep square-leg boundary off Starc – but the damage had been. Foundations had not been so much laid as set firmly in concrete.

There is something about early June at The Oval that seems to agree with Dhawan. “I like playing here at The Oval, and I love ICC tournaments. Bouncy wickets suit my game,” he said.

This was his third ODI ton at England’s oldest international venue and two years and a day since he took 125 off Sri Lanka in the ICC Champions Trophy – albeit in a losing cause. Four years earlier – again almost to the day and in the same competition – he scored an unbeaten 102 against West Indies.

Australia must have had their fill of Dhawan, and indeed his opening partner Rohit Sharma. This was Dhawan’s second century in three innings against the Aussies while India’s century opening stand was the fourth between Dhawan and Sharma against Australia – the most by an opening pair in ODIs against one opponent.

If there was a concern about India’s star-studded line-up before the tournament it was an over-reliance on their top three. But what a top three. This was the second time in ICC Men’s Cricket World Cup history that India’s top three have all passed 50, the previous occasion being against South Africa in 2011.

But Dhawan’s form coming into the World Cup had been feast or famine. He was the fourth leading run-scorer in the Indian Premier League yet his output tailed off towards the end of the tournament.

Having finished the month of April with three successive fifties, he then scored no more than 19 in any format through May. Before his century against Australia, he had made 11 runs in three innings since arriving in the UK. Hardly a cause for panic but perhaps a degree of mild concern.

The measured, relative watchfulness of India’s opening pair is their standard modus operandi and the modest amount of pace in the pitch did not really allow for a different tactic but the smoothness of the acceleration was something to behold.

Dhawan and Sharma had 22 from seven overs and 41 from ten and at Drinks India were ticking along at 81 without loss off 16. The serious chaos was saved until the final ten overs which went for 116 and caused waves of ecstasy across the vast oceans of blue in the Oval stands.

Dhawan was hurried early in his innings by two Pat Cummins bouncers and while those episodes barely seemed to disturb his progress, he did require attention to a hand injury from the physio and did not take the field during Australia’s innings. He appeared at the post-match ceremony with his left hand heavily strapped.

In the eighth over, the first signs of true aggression emerged as he gave Nathan Coulter-Nile the charge and drove him to the boundary. He carved him two more boundaries and took 14 off the over. India were off and running.

The single to bring up his century was a tight one with skipper Virat Kohli needing to dive to make his ground but it was all smiles in the end, most of all across the mustachioed face of Dhawan.

This was his sixth century at an ICC event, confirmation if it were needed that this gracefully destructive opening batsman is a big-match player.