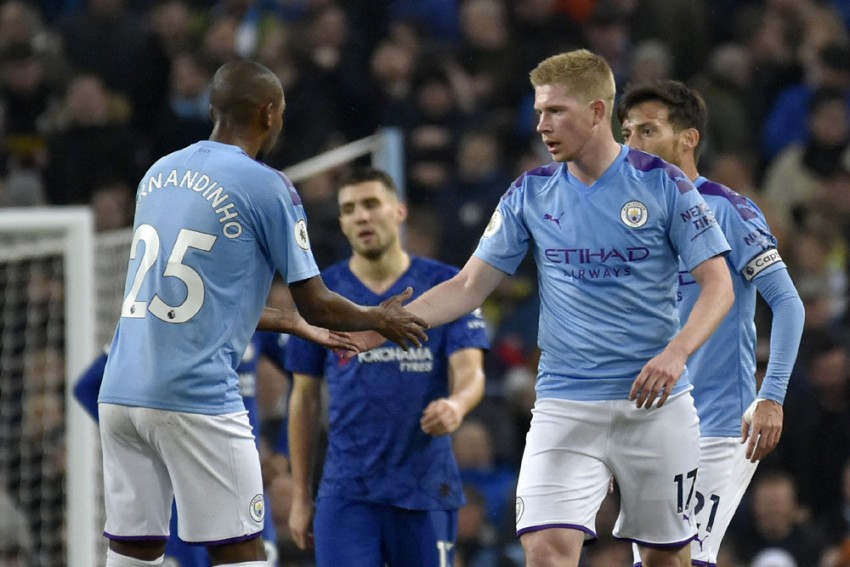 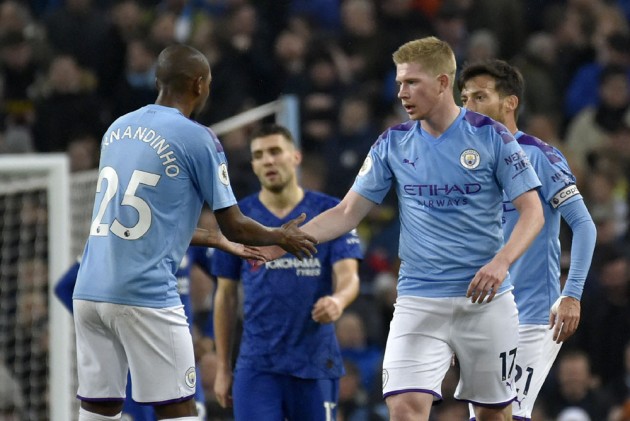 Kevin De Bruyne believes Premier League teams would be hit by an instant injury crisis if the 2019-20 campaign is swiftly resumed and feels cancelling the season might be a better option.

Football in England is suspended until April 30 due to the coronavirus pandemic, with the Football Association committed to extending the season indefinitely beyond its normal cut-off point of June 1.

De Bruyne has been in sparkling form for Pep Guardiola's men this term, racking up eight goals and 16 assists in the Premier League before inspiring a 2-1 first-leg win for City in their now on-hold Champions League last-16 tie against Real Madrid at the Santiago Bernabeu.

And yet, the Belgium midfielder would accept those impressive returns being torn from the record books due to bigger picture concerns.

"I have no idea when we will be playing again. We haven't played for six weeks," De Bruyne, who missed City's last two games before the shutdown due to a shoulder injury sustained during the EFL Cup final win over Aston Villa, told HLN,

"Normally you'd need a preparation of three to four weeks. If we restart immediately then everybody will be injured after a few games.

"I know that there's lots of money involved. But I think that waiting so long to make a decision can cause issues next season.

"There won’t be a long summer break and you can just postpone everything.

"I would feel sad if the season is stopped after such a good year, but if it avoids issues for next season, it must be done."

City were due to host Liverpool this weekend, with Jurgen Klopp's side on the cusp of taking the Premier League title out of the possession of Guardiola's team. They boast a 25-point lead after 29 matches, with City having played a game less.

De Bruyne's impressive returns this season come after an injury-plagued 2018-19 where, having returned to action after helping Belgium to the semi-finals of the 2018 World Cup, he suffered two separate instances lateral knee ligament damage.