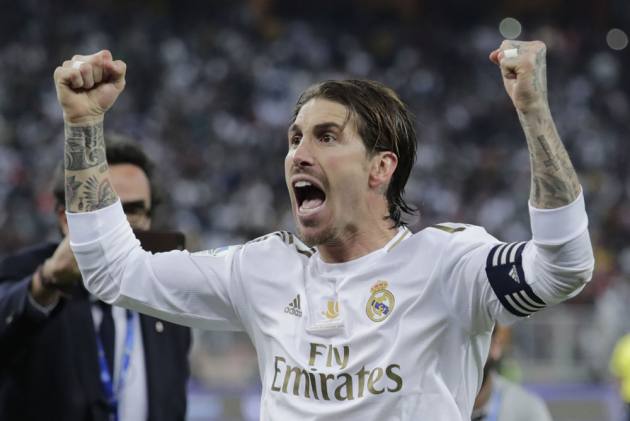 Madrid's captain was a fitness doubt for the match at Estadio Alfredo Di Stefano after picking up a knock to his knee in the disappointing 1-0 defeat to Cadiz on Saturday.

Ramos did not train with his team-mates on Tuesday, so it was no surprise to see him absent from a 19-man squad ahead of Wednesday's fixture in the group stage of the competition.

Head coach Zinedine Zidane had been non-committal on Ramos' involvement when asked about his skipper at a pre-match news conference on Tuesday, prior to the squad announcement.

"There's an issue with Sergio Ramos, he hasn't trained with the team," Zidane said.

"We won't take any risks with the players; the players have to be fit. He's got a knock, we have to wait and see how he feels, it's true today he didn't train at the same tempo as his team-mates."

It remains to be seen if Ramos will be fit enough for Saturday's first Clasico clash of the season against Barcelona, which takes place at Camp Nou.

As well as Madrid and Shakhtar, Inter and Borussia Monchengladbach are the other teams to make up Group B.