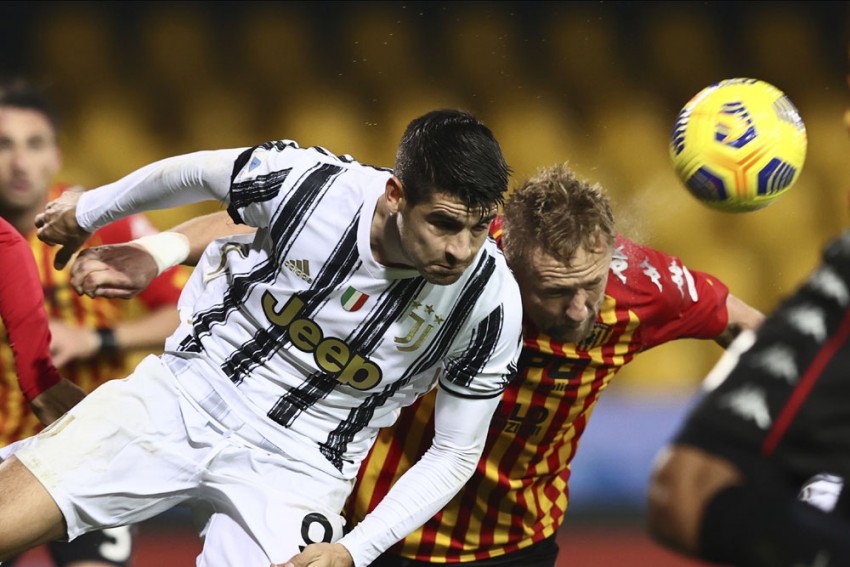 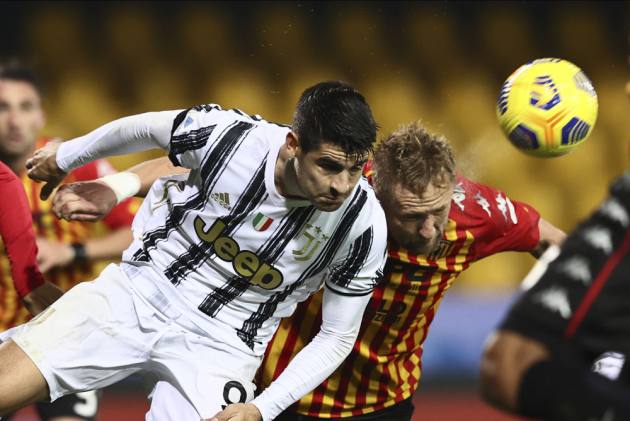 Alvaro Morata scored again but Juventus were pegged back in another below-par away showing in Serie A as they were held 1-1 by Benevento at Ciro Vigorito. (More Football News)

Juventus, without the rested Cristiano Ronaldo for Saturday's clash, have won only one of their last nine away league outings stretching back into last season.

The visitors made a positive start to the match and took the lead through Morata's eighth goal of the campaign in all competitions.

But Benevento right-back Gaetano Letizia scored an impressive equaliser in the final act of the first half and Juve – who had goalscorer Morata sent off after the full-time whistle – could not find a response.

Benevento ended a five-match losing run in all competitions with victory over Fiorentina last time out but were behind here through Morata's 21st-minute strike.

Federico Chiesa played a now-familiar long ball to Morata, who cut inside Artur Ionita and fired a shot away from Lorenzo Montipo into the bottom-right corner.

Morata then played in Paulo Dybala for what should have been a second, but the forward skewed his shot, shortly before Aaron Ramsey's drive was stopped by Montipo's legs.

Gianluca Lapadula had a penalty shout rejected and Pasquale Schiattarella's low effort was brilliantly saved by Wojciech Szczesny, though Benevento's pressure told when Letizia volleyed into the far corner from the resulting corner.

Juve stepped things up early in the second half, with Morata nodding wide from a glorious position and then bending a shot just off target with Montipo at full stretch.

Dybala was again thwarted by Montipo down low five minutes from time and Juve, who are three points behind leaders Milan having played a game more, then lost Morata to a red card for something he said to the referee after the game had finished.

What does it mean? Juve's away struggles continue

Juve had won four of their last five matches in all competitions prior to this contest, drawing the other, which suggested they had found their feet under Andrea Pirlo.

But the managerial rookie, up against former team-mate Filippo Inzaghi in the opposing dugout, clearly has a lot more work to do if his side are to retain the Scudetto.

The Bianconeri have dropped points away to Roma, Crotone, Lazio and now Benevento. Montipo may have made four saves, but Pirlo can have few complaints as his side failed to make the most of their 64 per cent possession.

With his well-taken first-half strike here, Morata has now been involved in 48 per cent of the 23 goals scored by Juve this season - eight of his own and a further three assists.

The Spain international scored from one of his four attempts and appears to have rediscovered his best form under Pirlo, but Juve will now be without him after his dismissal.

The Wales international's season has been disrupted by injuries and he struggled to find his rhythm against Benevento, lasting just over an hour before being taken off by Pirlo.

Ramsey lost possession more times than any other Juventus player (12) during his time on the pitch, although he did play a couple of key passes.

- Juventus have drawn at least five of the first nine league games of the season for the first time since 2001-02
- Juventus have won only one of their last nine Serie A games played away from home (D5, L3) and have conceded at least one goal in all the last 10 matches on the road (18 in total).
- Morata has scored eight goals in his first 11 games across all competitions for the first time since he began playing on one of Europe's top five leagues (2010-11).
- Morata is one of three Serie A strikers with at least three goals and three assists this term – the others are Dries Mertens and Domenico Berardi.
- Chiesa has three assists in Serie A for Juventus and two of these are for Morata goals.

Juventus face Dynamo Kiev in the Champions League on Wednesday with a place in the last 16 already assured. Pirlo's men host city rivals Torino in their next Serie A outing in a week's time, while Benevento travel to Parma the following day.