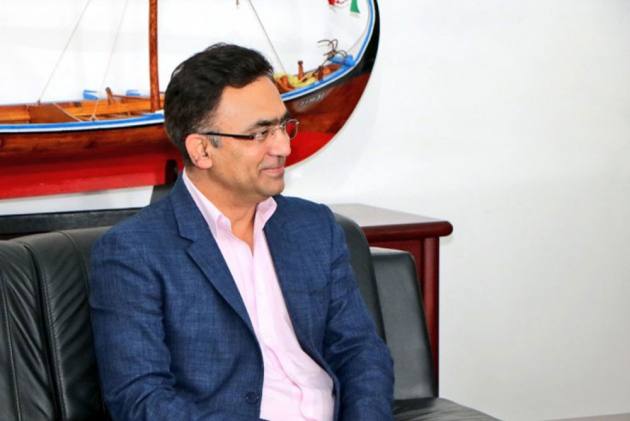 The Board of Control for Cricket in India (BCCI) just like any other sporting body around the world has been hurt by the economic hurdles that has accompanied the coronavirus pandemic. And GM Cricket Operations Syed Saba Karim's position is under the scanner as there is a thought that he isn't bringing too much to the table.

Speaking to IANS, a senior board executive in the know of developments confirmed that Karim's position is under the scanner as there have been too many issues that have remained unattended which fall under the GM Cricket Operations' purview. And considering the economic situation, a tough call is likely to be taken soon.

"These are unprecedented times and we are all aware that you really have to think out of the box and you have to be clinical about it. We need to ensure that the we come out of this pandemic with the least amount of damage to the game. We have been holding a lot of discussions amongst the executives and the office bearers have been having their own discussions. In our discussions on the areas that need attention, sadly his contribution has not been up to the mark.

"This isn't the only issue. When it comes to the domestic calendar, we don't have anything constructive as yet and we might later see our office team having to put in extra hours to make up for lost time. Moreover, the issues that his team members have raised in the past with K.V.P. Rao going to the extent of refusing an appraisal, do not inspire too much confidence in him. A few state cricket associations have also raised issues about his brusque manner.

"When it comes to the National Cricket Academy, it now has Rahul Dravid and KVP, who has been given the responsibility that Saba earlier had. The umpire's academy, which Saba had been responsible for, is as good as dead. So at a time when people are doubling up and taking on multiple responsibilities, those who aren't will face the brunt as one cannot afford dead weight anymore. Ultimately it is about what you bring to the organisation and not how much you take from it.

"Finally, the current regime is very clear when it comes to professionalism and you obviously expect that when you have the former India captain at the helm. Things are only getting tougher as you have seen across the world. Cricket Australia and ECB among others have already made some tough calls, and as professionals, the onus is on us to perform. We'd rather have a situation where people are talking about our work and not our salaries," he pointed.

Throwing further light on the issues that have been raised, a functionary said that the women's team which is under the purview of Karim has time and again raised their concerns with the board.

"The women's team, support staff and the outgoing members of women's selection committee have time and again complained about his behaviour and interference. We understand that he is a former selector but he needs to undertand that he presently is not a selector and he cannot be weighing in on selection matters anymore.

"In fact, a complaint (by a CoA member) was made against him for violating BCCI constitution in appointments with regards to the women's team. There was also at least one written complaint over his appointment as the said employee claimed that his candidature was not eligible for General Manager's post as per the selection criteria which had asked for a post graduate degree, which he allegedly did not possess.

"There have also been serious questions with regards to the appointment of the NCA staff overseen by him and some believe that there have been tweaks made in eligibility to accommodate certain candidates and there is a clamour for a proper investigation into the matter and that the scope of the investigation must include their scope of work and their decisions as per the scope in the NCA roles," the functionary said.

The functionary further said that the CEO Rahul Johri has managed to buckle up and has been unbiased in his approach. "To be fair, the CEO has now been balanced in his approach on Saba and appears to be fairly presenting the issue without any bias and in the best interest of the BCCI."

While Cricket Australia CEO Kevin Roberts recently stepped down after failing to handle the economic setback that came with COVID-19, CA's head of female engagement Sarah Styles was also let go in the financial battle. The ECB handed cuts to its employees with CEO Tom Harrison voluntarily taking a 25 per cent reduction while the players (both men and women) decided to take a voluntary pay cut in response to the pandemic.

The BCCI on its part had told IANS that players will be kept out of the financial battle against COVID-19.