Allan Border, under whose captaincy Australia won their first World Cup in 1987 before entering a period of prolonged dominance, asked any member having problem with his criticism to approach him 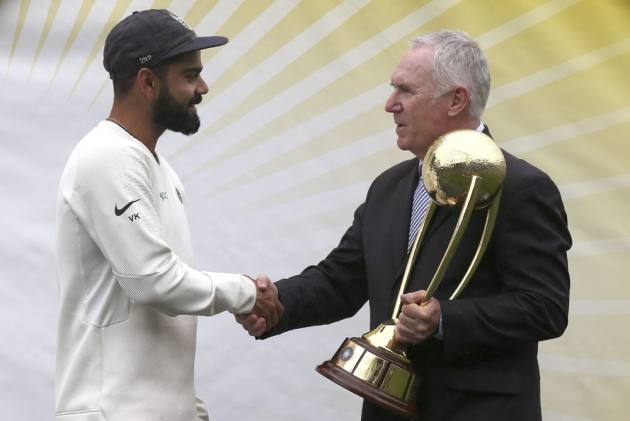 Rishabh Pant's brutal hitting, which was in stark contrast to Hanuma Vihari's solidity, saw India clobber 170 runs for the loss of just one wicket in the last session. Both got to their hundreds during that phase of the game, with Pant getting it off the day's final ball after a 22-run over.

"One of the worst, (most) lethargic performances I have seen in the last session of any cricket," Border said on Fox Cricket.

READ: Lot Of Positives For India As 2nd Warm-up Ends In Draw

The four-match Test series against India starts with the day-night opener in Adelaide from December 17-21.

Australia A though gave a better account of themselves on an eased out third day track on Sunday, despite being reduced to 25 for 3, ending on 305 for 4 riding on Ben McDermott and Jack Wildermuth's centuries.

Both the batsmen survived a barrage of bouncers under lights from Indian pacers before the match ended in a draw at the Sydney Cricket Ground.

Border, under whose captaincy Australia won their first World Cup in 1987 before entering a period of prolonged dominance, asked any member having problem with his criticism to approach him.

"I'm happy for any of those guys to come talk to me about what was going on yesterday afternoon and stand corrected but very ordinary stuff," he said.

The Australians have been dealing with a series of injury issues ahead of the opening Test against India and Alex Carrey's A team "gave up" in the final session.

"You can handle getting beaten and we've put in some poor performances, I've been a part of quite a few, but I don't think you have ever accused Australian sides of not having a go," he said.

"You can get beaten fair and square and have a tough day at the office, that happens, but it's just your attitude, I'm not blaming them all but it was just in general.

"Just not good enough boys I'm afraid, I don't often have a crack but after last night you deserve it."