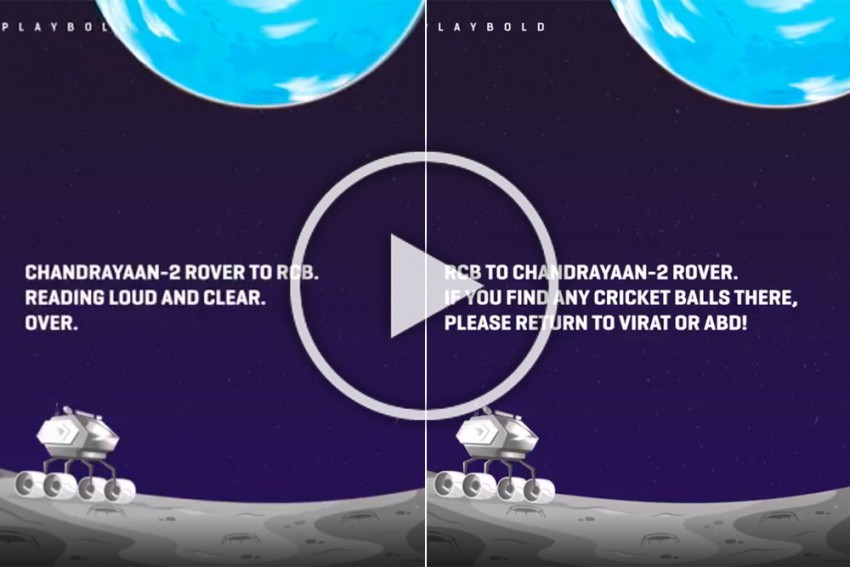 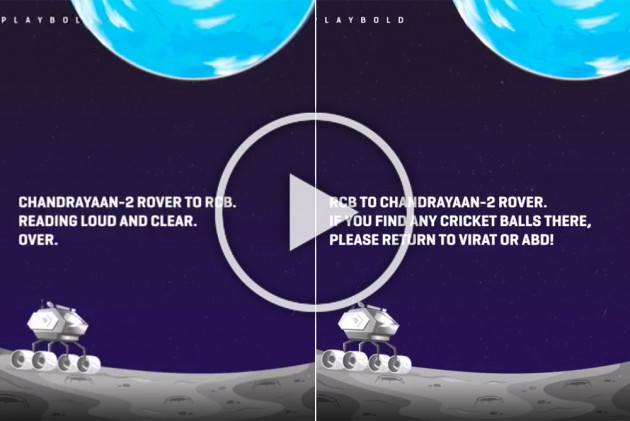 Could the #NASA team that found #VikramLander also help us find the cricket balls hit by ABD & Virat ðÂÂÂÂÂÂÂÂÂÂÂÂÂÂÂÂÂÂ?

But the tweet failed to impress fans. Here are some reactions:

They might. But so doubtful if they can find the balls sent by #MSD !

You should find ipl trophy

You should work for IPL trophy not for Cricket balls. ðÂÂÂÂÂÂÂÂÂ Hope good for this session.. ðÂÂÂÂÂÂÂÂÂ

The team had earlier posted a congratulatory tweet for the Indian Space Research Organisation (ISRO) after the successful launch of Chandrayaan 2.

“Congratulations @isro. Watching #Chandrayan2 take off was a fantastic sight! P.S. We have a special request for you, on behalf of our batsmen,” RCB had tweeted.

NASA found the crash site and debris of India's Chandrayaan-2 Vikram moon lander following a tip from Subramanian, who examined pictures of the area of the moon taken by a US orbiting camera.

One of them, Subramanian, contacted the LROC project with positive identification of debris, it said.

Arizona State University (ASU), where the LROC project is located, said: "After receiving this tip, the LROC team confirmed the identification by comparing before and after images."

The university said that based on Subramanian's tip, the LROC team scoured the surrounding area in the new mosaics and found the impact site and the debris field.

Vikram lost contact with the Indian Space Research Organisation (ISRO) following its launch from Chandraayan-2 moon orbiter on September 6 when it tried to make a soft-landing near the moon's south pole.

In a statement, NASA said: "Despite the loss, getting that close to the surface was an amazing achievement."

Meanwhile, IPL announced on Monday that 971 cricketers, including 713 Indians and 258 overseas players, will be up for grabs at the auction. Of those, 215 are capped and 754 uncapped players. Two cricketers from Associate Nation. They will fight for 73 spots.

RCB, which have so far failed to win the coveted trophy, will once again rely heavily on Virat Kohli and AB de Villiers to make 2020 a successful one.