The protesters torched around 10 bikes parked outside the AlphaOne mall, which houses Cinepolis multiplex 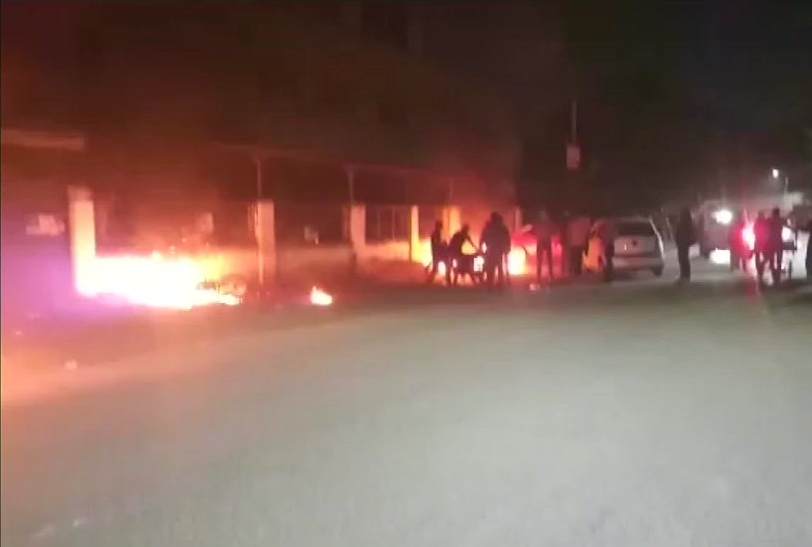 At least 30 motorcyles were set on fire and several other vehicles parked outside three city malls were damaged today by protesters opposing the release of the controversial film Padmaavat, police said.

Ahmedabad police commissioner A K Singh said several people have been arrested over the violence.

"Some anti-social elements today damaged vehicles outside three malls in the name of holding protests. It is a matter of investigation that who exactly were behind these acts. We have arrested several persons who were involved in the violence," Singh said.

An official from city police control room said the mobs first torched 21 bikes parked in the premises of the Acropolis mall, which houses the PVR multiplex.

Then the protesters torched around 10 bikes parked outside the AlphaOne mall, which houses Cinepolis multiplex, the official added.

Meanwhile, Gujarat minister of state for home Pradeepsinh Jadeja promised action against those guilty of the violence.

"The situation deteriorated after some of the protesters, who took part in the candle march against the movie at S G Highway, reached at these malls," Jadeja said.

"We will take strict action against the perpetrators. They first took part in the candle march at S G Highway and then reached these malls. I will seek report from city police as to how many policemen were deployed at these multiplexes," Jadeja said.

According to an eye witness, some persons wearing masks threw stones inside the mall and then set ablaze vehicles.

Officials of the Rashtriya Karni Sena and the Rajput Karni Sena, the organisations which are vehemently opposing the release of the Sanjay Leela Bhansali-directed movie, denied any responsibility over the violence.

The movie, which was earlier named Padmavati and was slated for a December 1 release, will now hit theatres worldwide on January 25 with a new title suggested by the censor board.

The film, starring Deepika Padukone, Ranveer Singh and Shahid Kapoor, is based on the saga of the historic 13th century battle between Maharaja Ratan Singh and his army of Mewar and Sultan Alauddin Khilji of Delhi.

The film has been facing protests by the Karni Sena and other fringe groups over allegations that historical facts were distorted in the flick.

The Supreme Court has earlier paved the way for the all- India release of Padmaavat on January 25 and stayed notifications and orders issued by Madhya Pradesh, Rajasthan and Gujarat -- all ruled by the BJP -- prohibiting exhibition of the film in their states.

Did You Again Wake Up To 'Good Morning' Messages? They Are Injurious To Your Phone's Health, Here's Why