An Act Of God And Taxing Times

The Centre struggles with the GST, and Anil Ambani with Chinese loans. 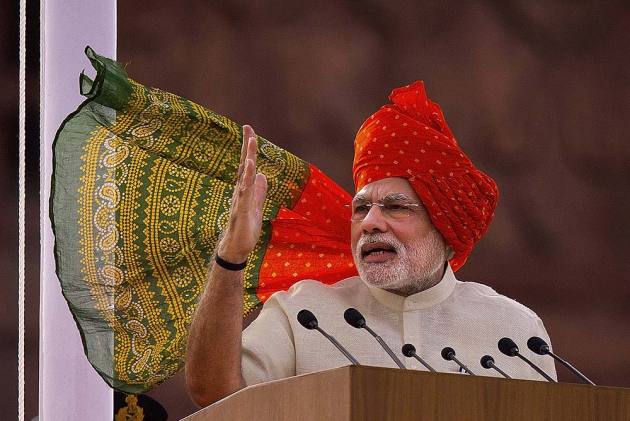 Who says you cannot have your cake and eat it too? The Modi government at the centre has done precisely that with GST. The takings have vanished with nary a sausage left for the states, an act of God according to our Finance Minister, thereby proving the point that God helps those who help themselves.

So, the Centre has, in turn, asked the states to help themselves by taking loans from the Reserve Bank, guaranteeing low rates of interest to tide themselves over this God-given crisis. Godless atheists, quite obviously also troublemakers, such as the Kerala finance minister, an economist and a Communist to boot, had suggested that the Central government should take the loan, disburse the funds to the state government and pay the interest. But the centre is having none of that.

Learned economists, all clearly anti-national elements, say that the Centre, in a desperate bid to balance the books, has cooked them as well, the books that is, overstating revenue collections to bluff global rating agencies and understating the fiscal deficit. And the fact has been revealed by none other than the Government’s own Comptroller and Auditor General.

In other words, the government is skint, broke, Khadka, and so, like Old Mother Hubbard’s dog. the poor states have none. From Parmatmanirbhar to Atmanirbhar. Or should it be the other way around?

A stray observation here: If the central government says it cannot pay the state government’s share of GST because of an act of God, then can the ordinary citizen do the same for the same reason?

A thought comes to mind in the sultry sixth month of the lockdown, and that is that the country is apparently teeming with conspirators and anti-national elements all wearing beards real and fake, with daggers between their teeth and smouldering bombs in their pockets. Like the Elgar Parishad case in which lakhs of Dalits turned out to celebrate the 200th anniversary of the 1818 Battle of Koregaon. Turns out the gathering was a cover for a plot to assassinate Narendra Modi, a modern plot with historic roots.

Or, like the JNU case in which a handful of student activists were beaten black and blue by unknown masked marauders and then charged with sedition. A more inept bunch of conspirators is yet to be seen. And now some of the JNU gang have been linked to the Shaheen Bagh anti-CAA protest and the Jamia Millia mayhem in which students hatching sinister plots in the library were discovered by the police to be reading the long proscribed works of Groucho Marx and from that to the Delhi riots earlier this year. And the activists of Shaheen Bagh are also part of this gigantic conspiracy, barring some 80 of them who joined the BJP a while ago.

Delhi Chief Minister Arvind Kejriwal claims they were always in the BJP, and had been fomenting unrest in order to tarnish his reputation before the Assembly elections. However, they have not been charged with anything, leave alone sedition. It’s time to call in Sherlock Holmes or Byomkesh Bakshi for the more nationalistically inclined to unravel the full extent of this tangled conspiracy.

Another stray thought comes to mind: Amidst all this agitation and unrest dampened down by the pandemic but flaring up again and that concerns the farmers out on the streets in agitation against the farm/agriculture reform bills that will become Acts once the President signs his assent. They have not been charged either by lathis or for sedition because the late and much- loved Lal Bahadur Shastri once raised the slogan “Jai Jawan! Jai Kisan!” thus equating the two, and how can a Jawan be declared treasonous?

The Modi government, it seems, wants to free the farmers from the shackles of profiteering middlemen, known in the north as arhatiyas, who operate through Agricultural Produce Market Committees (APMCs). The new legislation says these will be replaced by private enterprise. The farmers are evidently not of the same mind. They don’t want to be freed. Wild ideas are floating around that Zomato and Swiggy will replace the arhatiyas and Adani, Ambani (Mukesh not Anil who says he is skint) and maybe even Amazon will replace the APMCs.

Another observation at this point, or rather a question: If the Central government is so committed to market forces and firmly believes that the farmer in Punjab should be free to sell his or her produce to the consumer in Tamil Nadu, why has it gone and done just the opposite by banning the export of onions? Bangladesh and Nepal are crying out for Indian onions and it should be easier for farmers in northern and eastern India to sell in those two countries and at a higher price, perhaps, than in markets in Tamil Nadu.

Spare a thought for Anil Ambani. From once being the world’s sixth richest person, his net worth is now zero in his own words. He has just the one car, lives in a home provided by his brother and owes his mother more than Rs 800 crores. He has also borrowed from his son Anmol. An atypical middle-class Indian who rarely, if ever borrows, from his mother or his son. So, how does he represent Dassault Aviation in India? One Rafale jet costs India Rs 16,111 crores and 36 of them Rs 58,000 crores! Poor chap! He’ll have to spend his next 14 lives paying for it all. But one thing must be said, he owes three Chinese banks $717 million. And if he fails to cough up or better still refuses to do so, in the given circumstances, he should get a Padma Bhushan or better still a Padma Vibhushan because advertently or inadvertently he would have done more for India than all those others who’ve defrauded Indian banks!

Meanwhile, Farooq Abdullah, former Chief Minister of the former J&K state, has gone and had a sad outburst. He’s said that the people in Kashmir are so unhappy with the current dispensation in India that they would rather live under a Chinese regime. His father was known as the Lion of Kashmir, and perhaps he’s been reduced to a mouse by age and frustration, but has he or other Kashmiris heard of the Uighurs living in the “autonomous republic” of Xinjiang? Beijing has done unto Xinjiang, that has a large Muslim population, perhaps what the Modi government is belatedly trying to do in Kashmir, bringing about a demographic change through social engineering.

So, a wild and crazy thought comes to mind in these pandemic times: Why battle over territory with soldiers losing their lives and the social identity of people by going through elaborate, expensive and time-consuming citizenship exercises that will never work? Will Bangladesh, for example meekly accept India’s contention that some 5-10 million people living here actually belong there? Why not sit down and amicably consider exchanging territory, people and all? That’s how it was done by the British and the leaders of what became India and Pakistan. So how about exchanging Kashmir for Tibet for example? After all China is busy building belts and roads in parts of Kashmir handed over to them by the Pakistani occupier while the Dalai Lama and his entire entourage including his Tibetan government in exile are ensconced in India. But knowing the inscrutable and tortuous ways of the Chinese, they’ll end up offering a chunk of Xinjiang instead where their “all weather friend,” Pakistan is as busy waging an undeclared war as they are in Kashmir. And before the trolls get to work, please understand that this last thought was a joke!