O, Ma! May The Farce Be With You

When bhakti is at its peak in jangly, sleepless Dilli, not all is all that grim. Not even noise pollution. Sometimes, in fact, it is so bad that it is good enough to make you weep in sheer joy 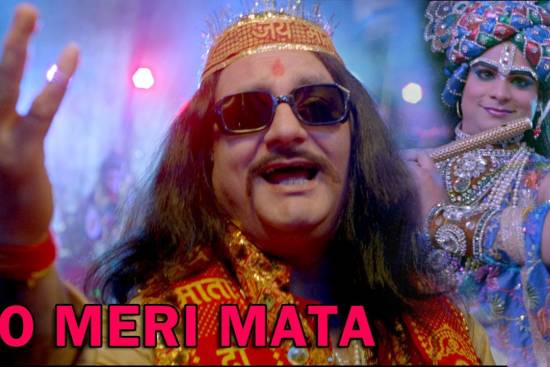 One balmy navratri afternoon, just when I was about to nod off, a raucous loudspeaker suddenly sprung up right below my balcony and without so much as a by your leave— or a statutory warning, which I feel should be made mandatory for such cases— started blaring out the colony Auntyji Bhajan Mandali's exceptionally discordant tunes.

As can be expected of any normal human being, I instantly lost my cool and sense of humour at this direct transmission of God into my ears.

However, in this festive season, when bhakti is at its peak in Dilli, raising the issue of noise pollution publicly is the closest you can come to committing harakiri or getting lynched.  Therefore, I desisted.

But I  poured my rants out in several status updates and tweets instead. When in angst, I usually turn to social media. So:

I cribbed about the lack of aesthetics and spirituality in the singing.

I threw out big phrases in the air: trivialisation, commercialisation and vulgarisation of religion et al.

I even cursed out the maata raani bhakts in their own lingo: bhagwan tumhe kabhi maaf nahin karega.

But some sympathetic friends and followers provided succour: from offering a day out with their cats to advising me to rent monster speakers from the nearest tentwala and play, say, French music on it. Full blast.

But it was all not all that grim, let me confess when we turned to the words being sung out.

Instantly many bhajans set to popular Bollywood songs, the sort I am told are routinely played in buses on the way to Vaishno Devi, were recollected and forwarded, while I collected them all in my jholi.

Here is a sampling of some of those that stood out:

It is not just the above (incomplete) list of 'Jai Maata Di' bhajans that was in my hands, but also Bollywood parodies used in Bollywood films themselves.

Like: O meri Maata... in Bajatey Raho... where Vinay Pathak does a fabulous take off of Narinder Chanchal, the man who single-handedly made events out of neighbourhood  jagraataas

Then this short and sweet one: Shera wali shera wali ambe maa in Rockstar

The discovery of the day, however, was Sharda Maata whose cult produces sheer gems like: Ramkali maihar chali

And yet another, which, well, is in a league entirely of its own: JMD D D D JMD D D D:

Amen! Or maybe I should just say: JMD.