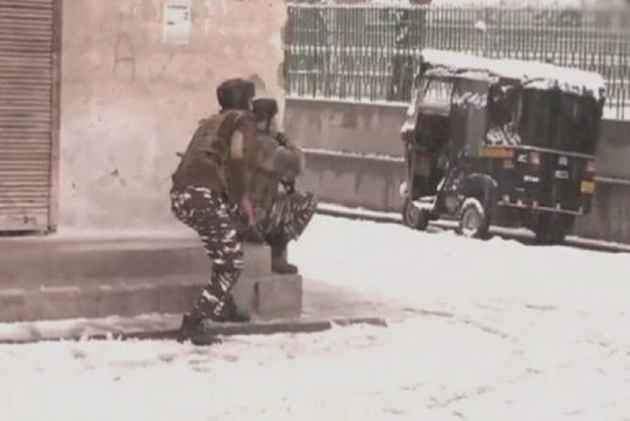 Earlier, news reports claimed that Lashkar-E-Taiba has claimed for both the terror attacks in Sunjwan Army Camp and Karan Nagar.

Later, LeT clarified that they only claimed the responsibility for the on going terror attack in Karan Nagar and not for the Saturday's Sunjawan Army Camp Attack.

In the statement Lashkae-E-Taiba wrote: " LeT didn't claim for #SunjwanAttack, We just paid rich tribute to shuhda of jesh e muhammad, Only the going attack in #KaranNagar is claimed by LeT."

According to the latest updates, on Monday, two militants, who attempted to enter a CRPF camp in Srinagar for a fidayeen attack, have been trapped in a building close to a camp of CRPF 23 battalion.

The attack was thwarted after an alert sentry at the CRPF's 23 battalion headquarters in Karan Nagar saw two suspected terrorists approaching the camp at around 4.30 am and opened fire.

Ravideep Sahai, the Inspector of General of the CRPF, told news agency ANI that the militants had managed to sneak inside a building close to the headquarters and that five families have been evacuated from the area.

As of now, five families have been evacuated from the houses around the camp and the operation is underway, confirmed the official.

The Army has successfully neutralised four militants in the ongoing search operation that is underway since 51 hours. As of now, the combing operations underway at the Sunjwan Army Camp.