The third phase of panchayat polls across Jammu and Kashmir started at 8 am on Saturday amid tight security. 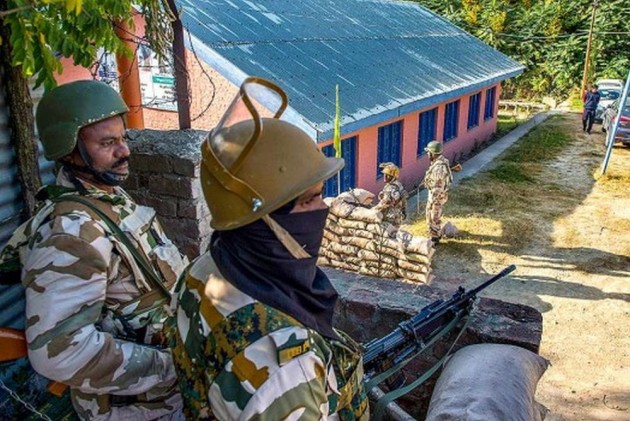 The third phase of of panchayat polls across Jammu and Kashmir started at 8 am on Saturday amid tight security.

According to the state's Chief Electoral Officer (CEO) Shaleen Kabra, 727 polling stations have been categorized as hypersensitive -- 493 in Kashmir and 234 in Jammu.

He said 5,239 candidates were in the fray for 358 sarpanch and 1,652 panch seats, while 96 sarpanchs and 1,437 panchs have already been elected unopposed in this phase.

"Photo Voter Slips have been distributed among the voters to inform them of their polling station," the CEO said.

Kabra said in the first phase of the panchayat polls held on November 17, 74.1 per cent polling was recorded.

In phase two that took place on November 20, an overall 71.1 per cent polling was witnessed.

The CEO said Basic Minimum Facilities (BMF) have been ensured in all the polling stations across the state.

Panchayat polls were last held in the state in 2011.