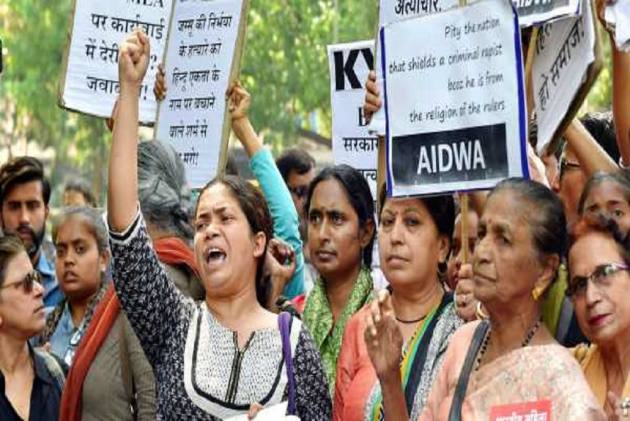 In an open letter to Prime Minister Narendra Modi, national women's organisations on Sunday expressed concern over the impact of new farm laws on women in the rural sector and stated their solidarity with the farmers' struggle.

"We strongly condemn the brutal repression of the farmers’ struggle, tear-gassing and water cannoning them in the bitter cold. The BJP-RSS central and the BJP UP and Haryana state governments too have unleashed unprecedented barbarity on the peaceful farmers wanting to reach Delhi for their just demands," they wrote in the appeal.

Since November 26, farmers have been participating in nationwide agitation against the three farm laws passed in October despite opposition. Farmers from Punjab and Haryana began the "Delhi Chalo" march to oppose the laws the Union government says will "reform" the agrarian sector. The Haryana police used teargas and water cannons to stop them from breaking through barricades but were later allowed to pass through.

"These laws will lead to the destitution of women farmers with no protection from the unsparing loot by the corporate lobby. These acts will lead to decreasing decentralised procurement by government and dismantling of the public distribution system," they noted.

Instead of acting on demands for loan waivers and fixing a minimum support price to aid farmers, the letter states, the government has furthered the misery by passing "the anti-farmer laws."

It noted the "persistent agrarian distress and the economic impact" caused by agrarian policies devised during the pandemic, which it says has led to a rise in farmer suicides.

"Women farmers from the suicide affected families are in a totally vulnerable situation. Women are not the holders of land titles. Hence they receive no help from the governments to cope with the double calamity of indebtedness and suicide that hits them," it said.

The letter also stressed the gendered implications the agricultural policies have had in the past, and note that "the role of women in the agricultural sector cannot be ignored as they comprise 33% of the agriculture labour force and 48% of the self-employed farmers."

The National Women's Organisations demanded that all three laws be repealed; "repression of farmer’s legitimate and peaceful protests" be stopped immediately; guaranteeing a minimum support price; ensuring mid-day meals to students; giving monthly support to vulnerable families; allowing loan waivers for farmers, especially widows of farmers who have committed suicide amidst other appeals to allay the struggles of farmers and their families.

"We express solidarity with the farmers’ struggle and will hold nationwide protests against the ruthlessness exhibited by the Union government under your leadership," it stated.

The Agricultural Trade and Commerce Act, Farmers Price Assurance Act and Essential Commodities (Amendment) Act was enacted amid significant opposition by the Union Government in October 2020. It has evoked nationwide unrest, as they rally for either a withdrawal of the three legislations or guarantee them the minimum support price for their crops.

Home Minister Amit Shah had appealed to the farmers on Saturday, saying the Centre is ready to hold discussions if they move their protest to Burari in Delhi. His offer was rejected as the unions decided to continue pushing forth their demands. A meeting of the protesting farmers' union with the Centre has already been scheduled for December 3.