'Will Be Treated, Probed Just As Any Other Militant': J&K Police On Arrested Officer Davinder Singh

Davinder Singh had a robust record in anti-militancy operations and had honoured with the gallantry award in 2017. Most recently, he was seen in government-released pictures, receiving foreign diplomates at Srinagar Airport. 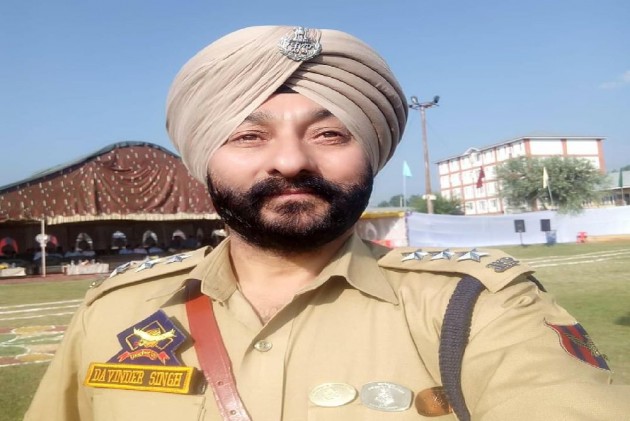 The Jammu and Kashmir Police on Sunday said that decorated police officer Davinder Singh, who was apprehended along with two top Hizbul Mujahedeen militants on Saturday afternoon, will be treated and probed just like any other militant.

“The arrested officer will be treated and investigated the way militants are,” IGP J&K Police Vijay Kumar said.

The police detained the officer, along with two militants when the trio was travelling in a vehicle on Srinagar-Jammu highway at Wanpow, he said. "The circumstances under which he was arrested... is a heinous crime. That is why he is being treated at par with the militants," he said. "Interrogation is underway."

When a reporter mentioned that Davinder had confessed during an interview that he had asked Afzal Guru to ferry a man named Mohammad to New Delhi, Kumar said the police would look into it.

Davinder had a robust record in anti-militancy operations and had honoured with the gallantry award in 2017. Currently, he was posted as DSP, Anti-hijacking, at the sensitive Srinagar International Airport. Recently, Singh was seen in government-released pictures, receiving foreign diplomates on Thursday.