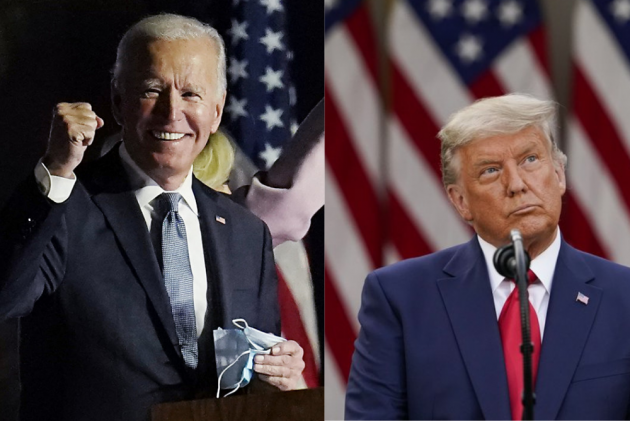 Micro-blogging site Twitter will hand control of the presidential @POTUS account to President-elect Joe Biden the moment he is sworn in on inauguration day on January 20, even if President Donald Trump has not conceded his election loss, the company has said.

The handover requires no sharing of information between the outgoing Trump team and the incoming Biden team, Twitter said, adding that all existing tweets on those accounts will be archived and Twitter will transfer the accounts — reset to zero tweets — to the Biden White House that day.

"As we did for the presidential transition in 2017, this process is being done in close consultation with the National Archives and Records Administration," Pacilio said.

The same goes for @whitehouse, @VP, @FLOTUS, and a handful of other official accounts associated with the presidency, the report said on Friday.

Twitter also confirmed that staffers will meet with representatives from the Biden-Harris transition team in the coming months to review how the new administration plans to use its government-related accounts, The Hill reported.

The @POTUS account has more than 32 million followers and will provide Biden with another way to communicate with the public while in office.

Trump, the 45th US President, has so far refused to concede the November 3 presidential race to Biden, even though results released by election officials clearly give the race to the former US vice president. He has filed multiple lawsuits challenging the poll results in several states.

Biden was declared the winner of the US presidential election on November 7 after flipping the battleground states of Pennsylvania, Michigan, and Wisconsin to the Democrats' column.

Biden now has 306 electoral votes to Trump's 232 votes. To win the race to the White House, the successful candidate should have at least 270 electoral votes out of the 538-member Electoral College.

An archive of Obama's @POTUS account can be found under the handle @POTUS44.