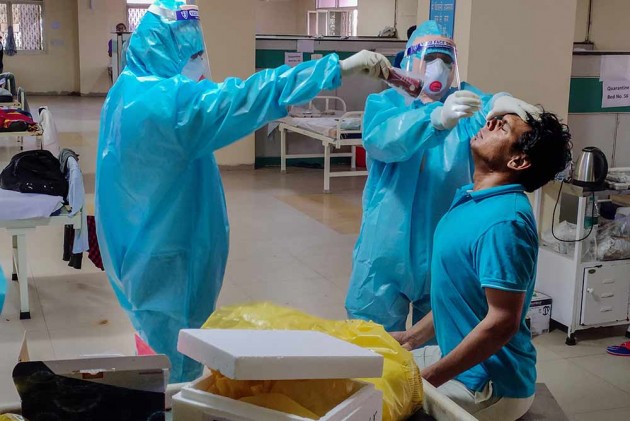 Two neighbouring states are fighting a common enemy, but while Kerala has managed to stay ahead in the game, Karnataka continues to struggle against the Covid-19 pandemic.

The two ministers exchanged notes on the methods being used to control and treat Covid-19 cases in their respective states. In a conversation that lasted for almost an hour, the two ministers discussed in detail the steps being adopted for tracing, testing and treatment of the disease, the outcome, and the measures to be taken to address the challenges following the easing of the lockdown.

Detailing the steps implemented for better management of Covid-19 in Kerala, Shailaja Teacher said that soon after the students returned from Wuhan, Kerala had taken proper precautions to prevent the spread of the virus.

"Kerala is equipped with health facilities at the taluka level and it became easier for us to quarantine the infected and treat them at various levels. This has reduced the mortality rate in Kerala," she said.

Speaking about her state's experiences in containing the virus, the minister conceded that the population density in Kerala was lower as compared to Karnataka.

"Along with health department staff, Asha activists are also helping to break the chain of the infection. The state is also receiving assistance from the CCB police. Stringent action was taken to avoid contact with the infected people. It's a challenge now to tackle migrant workers as large number of migrants from other states and abroad have registered to return after the lockdown. Many of those who have recently arrived from Chennai have tested positive," she said.

Appreciating Karnataka's measures to provide better treatment, she said that the challenge comes only when large numbers of people start arriving to the state. At this stage, advice and cooperation of states like Karnataka are essential," she said.

During the dialogue, the Kerala minister commended Karnataka's system of technology and expert-based treatment. She also commended that Karnataka is conducting more than 5,500 tests per day with 35 labs across the state, while there were just two labs at the initial stage.

Both the ministers also discussed the ICMR guidelines, and the dilemmas surfacing in the treatment of pregnant and elderly citizens. Both the ministers agreed to appeal to the Centre for guidance on uniform measures on such issues.

Various issues like quarantine methodologies, testing and treatment of patients with respiratory ailments, cooperation of private medical colleges in fighting Covid-19, treatment of pregnant women, quarantine of international passengers and other issues were discussed during the video conference. Senior officials and health experts from both the states were present during the video conference which linked Bengaluru and Thiruvananthapuram.

The two ministers decided to regularly exchange information on disease control and quality treatment for patients.