From law firms to IT companies and event management firms, everyone is affected. Even state and local governments in the US who employ 20 million aren't immune. 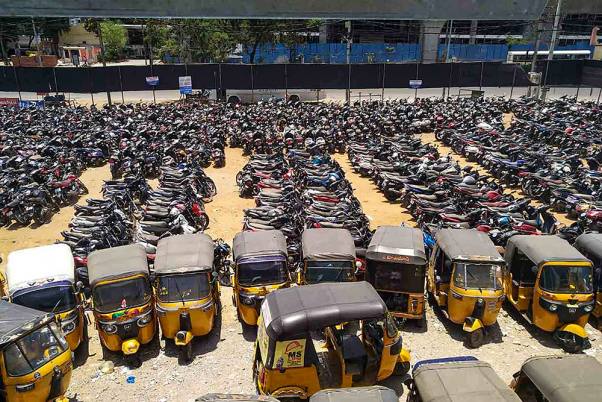 Not just aviation and hospitality sectors which bore the brunt of the first wave of job losses and salary cuts due to the Coronavirus pandemic, millions of white-collar jobs spanning across industries are now at stake as longer shutdowns have risked a repeat of the deep and prolonged labour downturn that accompanied the 2007-2009 recession.

According to a Wall Street Journal report, higher-paid, higher-skilled jobs are now at risk as new contracts/clients are dried up, sales have plummeted, cash flow is restricted and no one is now safe in the US.

"The consensus of 57 economists surveyed this month by The Wall Street Journal is that 14.4 million jobs will be lost in the coming months, and the unemployment rate will rise to a record 13 per cent in June, from a 50-year low of 3.5 per cent in February," the report said on Tuesday.

Altogether, about 16.8 million American workers, making up about 11 per cent of the US labour force, have already filed jobless claims for unemployment benefits.

Gregory Daco, chief US economist of Oxford Economics, projects 27.9 million jobs will be lost. "The virus shock does not discriminate across sectors as we initially thought," Daco was quoted as saying.

Job search website ZipRecruiter found 39 per cent employed in business and professional services reported they were laid off, nearly the same rate as respondents in retail and wholesale trade.

From law firms to IT companies and event management firms, everyone is affected. Even state and local governments in the US who employ 20 million aren't immune.

"Unlike the federal government, they are generally required to balance their books every year. As tax revenue plunges, layoffs and other cost reductions become necessary," the report said.

Many municipalities in the US have already laid off hundreds of workers.

The financial impact of the coronavirus has begun to hit Americans hard as nearly 33 per cent of voters have already lost their job, been furloughed, placed on temporary leave, or had hours reduced - with 41 per cent of those who have lost a job already reporting having trouble covering basic costs, according to a new survey by non-profit research group Data for Progress.

While over half of voters under age 45 (52 per cent) have lost their job, been placed on leave or had hours cut, only 26 per cent of those over 45 fall into this category.

Slightly more men (37 per cent) fall into the job loss/furlough category than women (31 per cent).

Among people who have already suffered some loss in income because of the pandemic, 41 per cent anticipate having difficulty covering costs immediately and 81 per cent within the next month.

Most voters report that if they lost their current income, they would be able to go 2 months or less before they were unable to pay their bills.