'Ready To Sacrifice My Other Son For Mother India, But Pakistan Must Pay,' Says Father Of Slain CRPF Jawan

In the worst ever terror attack in J&K since militancy erupted in 1989, a suicide bomber on Thursday rammed his SUV packed with explosives into a CRPF bus on the Srinagar-Jammu highway in Pulwama district, killing at least 40 troopers. 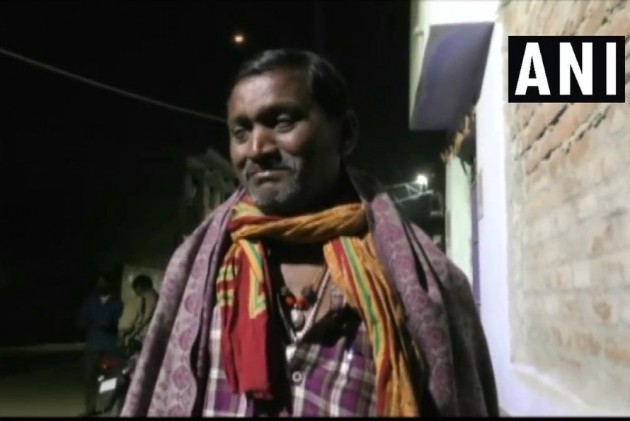 India is grieving the deaths of the 40 CRPF jawans who were killed in the dastardly terror attack in Jammu and Kashmir’s Pulwama on Thursday. Families of the slain jawans have not yet been able to comprehend the huge void left behind with the loss of their loved ones who were part of the convoy that was attacked by a Jaish-e-Mohammed suicide bomber yesterday.

Speaking to news agency ANI, the father of one of the slain CRPF jawan Ratan Thakur in Bihar said that he is ready to give up his other son for the service of the country but Pakistan had to be given a befitting reply for the terror act.

"I have sacrificed a son in Mother India's service, I will send my other son as well to fight. I am ready to give him up for Mother India, but Pakistan must be given a befitting reply," the father said in Bhagalpur.

With tears in her eyes, the wife of CRPF personnel Pankaj Tripathi has sought for strict action against those who carried the attack.

More than 2,500 Central Reserve Police Force personnel, many of them returning from leave to rrejoin duty in the Valley, were travelling in the convoy of 78 vehicles when they were ambushed on the Srinagar-Jammu highway at Latoomode in Awantipora.

Police sources in a statement said that Dar was driving a vehicle packed with over 350 kg of explosives on the wrong side of the road and hit the bus, in which an estimated 35-44 personnel were travelling.

According to reports, the powerful explosion, which reduced the bus to a mangled heap of iron, was heard many kilometers away, including in some parts of Srinagar adjoining Pulwama district.