The young women were on indefinite fast to press various farmers' demands, including full waiver of all farm loans, minimum support price for farm produce, pension for all farmers above 60 years age. 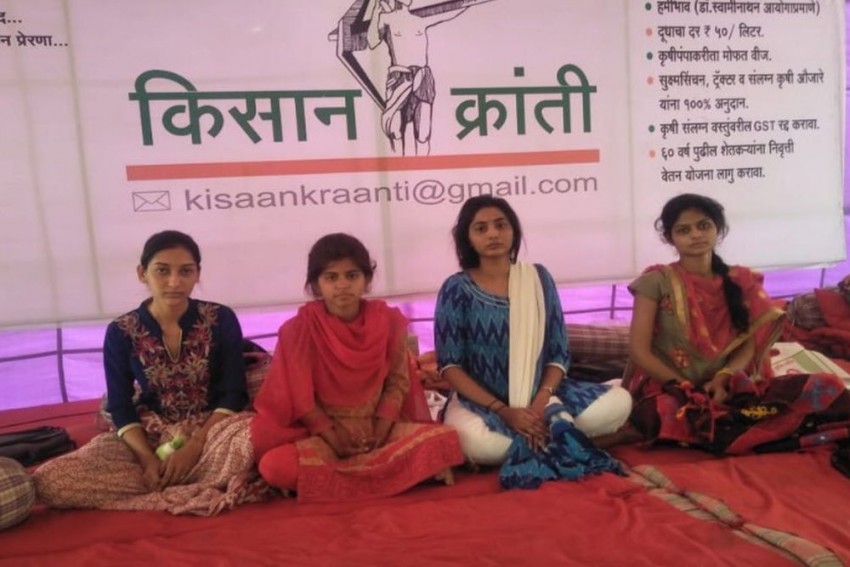 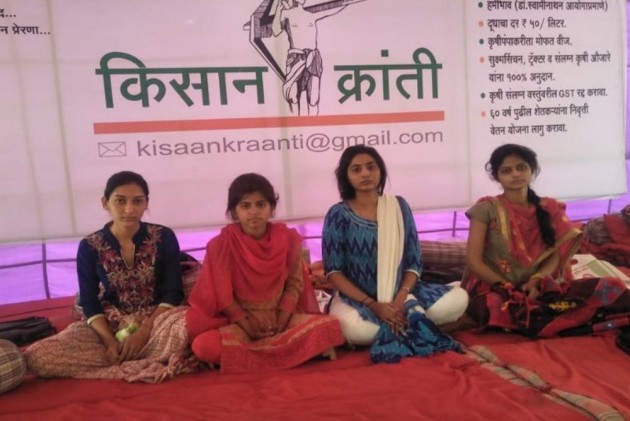 In a pre-dawn swoop, Maharashtra Police and local government officials forcibly broke a hunger strike by three daughters of poor farmers at Puntamba village, in Maharashtra's Ahmednagar district, on the sixth day of their fast Saturday.

A police team raided the tent where two of the fasting young women -- Nikita Jadhav, 20 and Poonam Jadhav, 19 -- were resting along with relatives and supporters, and whisked them off to Ahmednagar Civil Hospital. On Friday night, they had taken 19-year old Shubhangi Jadhav to hospital.

The young women were on indefinite fast to press various farmers' demands, including full waiver of all farm loans, minimum support price for farm produce, pension for all farmers above 60 years age, free power for agriculture purposes, GST waiver on all farm equipment and machinery, raising the procurement prices of milk which are now lower than of soft drinks in the market.

Their fast has garnered widespread support across the area. On Wednesday, Puntamba observed a voluntary shutdown, with schools and the villagers taking out protest marches. Neighbouring villages expressed solidarity with the fasting girls.

On Thursday, the villagers launched a begging drive, collected Rs 460 and sent it to Chief Minister Devendra Fadnavis. Similar drives were organised in Nashik and Aurangabad districts.

A rattled district administration shifted Shubhangi to a hospital claiming her condition had deteriorated.

On Saturday at 3 a.m., a police team uprooted the tent, banners and posters put up for the agitation with local officials claiming they were "illegally erected". The protesting relatives and supporters were detained while onlookers were chased away.

Angered by the police action, Puntamba villagers observed a spontaneous shutdown -- the second in three days -- to demand that the young women should be immediately released.

The three Jadhav women as well as their college students and friends launched the indefinite hunger strike on February 4.

On February 6, schoolgirls and villagers in Puntamba staged a black flag procession which saw the participation of people from neighbouring villages.

The media has been kept off-bounds. It is learnt that the women have been kept in the ICU against their wishes but they are continuing with their agitation.

BSP Calls Off Alliance With Haryana's INLD, Ties Up With Saini's LSP