The Modi-Trump meeting assumes significance as the US president, championing his 'America First' policy, has been a vocal critic of India for levying 'tremendously high' duties on US products. 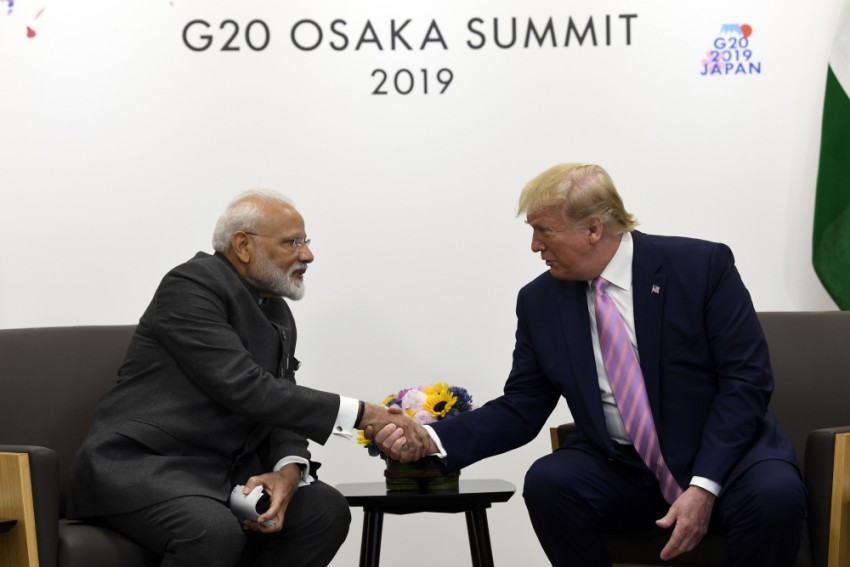 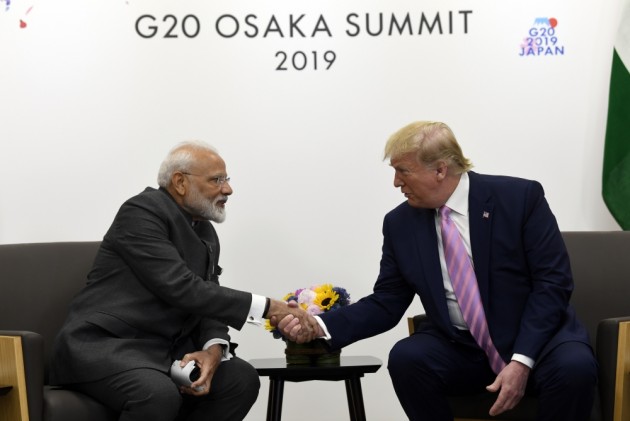 Prime Minister Narendra Modi on Friday held talks with US President Donald Trump and discussed various bilateral and global issues including Iran, 5G communications networks, trade and defence ahead of the G-20 Summit.

Modi thanked Trump for expressing his "love towards India" in a letter recently delivered by US Secretary of State Mike Pompeo.

The Prime Minister said that he wants to discuss Iran, 5G, bilateral relations and defence ties with Trump.

The US reimposed sanctions on Iran in November after pulling out of a 2015 nuclear accord between Tehran and six world powers. To reduce Iran's crude oil export to zero, the US ended on May 2 waivers that had allowed the top buyers of Iranian oil, including India, to continue their imports for six months.

India, complying with the US sanctions, has ended all imports of oil from Iran.

Trump congratulated Modi on his election victory and said that the two countries would work together in many areas including military.

"It was a big victory, you deserve it, you have done a great job. We have big things to announce. In terms of trade, in terms of manufacturing, we would be discussing 5G. I congratulate you and I look forward to talks," Trump said.

"We have become great friends and our countries have never been closer. I can say that with surety. We will work together in many ways including military, we'll be discussing trade today," he said.

On Iran, Trump said: "We have a lot of time. There's no rush, they can take their time. There is absolutely no time pressure".

The two leaders met shortly after the Japan-America-India trilateral meeting during which Modi highlighted "the importance India attaches to" the grouping.

The Modi-Trump meeting assumes significance as the US president, championing his 'America First' policy, has been a vocal critic of India for levying "tremendously high" duties on US products.

Before his arrival in Japan on Thursday, Trump tweeted, "I look forward to speaking with Prime Minister (Narendra) Modi about the fact that India, for years having put very high Tariffs against the United States, just recently increased the Tariffs even further. This is unacceptable and the Tariffs must be withdrawn!"

This was Modi's first meeting with Trump after the BJP's landslide win in the parliamentary election.

Trump has also criticised India's high import tariff on the iconic Harley Davidson motorcycles as "unacceptable" though acknowledging that his "good friend" Prime Minister Modi has reduced it from 100 per cent to 50 per cent.

The government on June 21 last year decided to impose these duties in retaliation to the US decision of significantly hiking customs duties on certain steel and aluminium products.

America, in March last year, imposed 25 per cent tariff on steel and a 10 per cent import duty on aluminium products.