Congress's chief spokesperson Randeep Surjewala also hit out at the government over dead bodies floating in the Ganga. 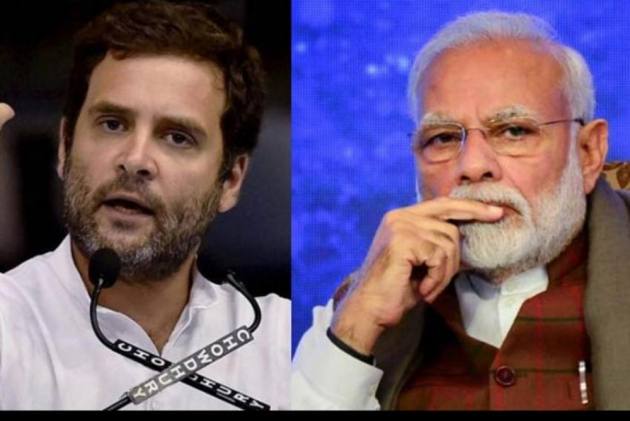 Congress leader Rahul Gandhi has launched yet another attack on Prime Minister Narendra Modi, alleging that he is missing along with vaccines, oxygen, and medicines during the Covid-19 pandemic, and what remains is the central vista project and the PM's photos.

"The prime minister is also missing, along with vaccines, oxygen, and medicines. All that remains are the central vista project, GST on medicines, and the prime minister's photos here and there," he said in a tweet in Hindi.

This is not the first time Gandhi has criticised PM Modi over the government's handling of the pandemic and has been critical of the Centre for the lack of oxygen, medicines, and vaccines in the country amid a surge in the number of cases during the second wave of Covid-19.

'Vaccine For Those Who Need It, Halt Export': Rahul Gandhi Writes To PM Modi

Centre Doesn’t Get It, Only Way to Stop Covid Spread Is Complete Lockdown, Says Rahul Gandhi

Congress's chief spokesperson Randeep Surjewala also hit out at the government over dead bodies floating in the Ganga.

"What time has come in this New India that even dead bodies floating in rivers are not visible to the government. Shame...," he said in a tweet in Hindi, while citing a news report about the bodies being buried in sand in Uttar Pradesh's Unnao.