Modi unveiled the plaque to mark the laying of the foundation stone of AIIMS, which will cost Rs 1,264 crore and is expected to go on stream in 2022. 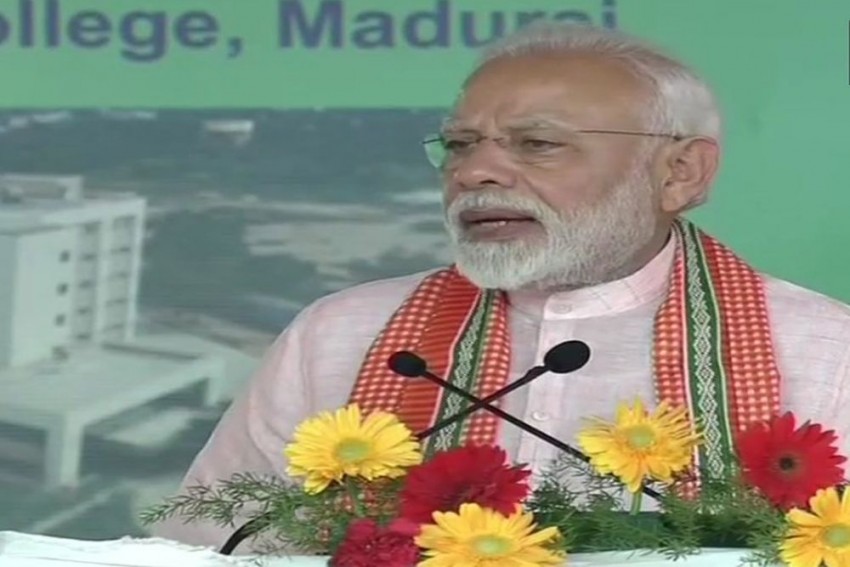 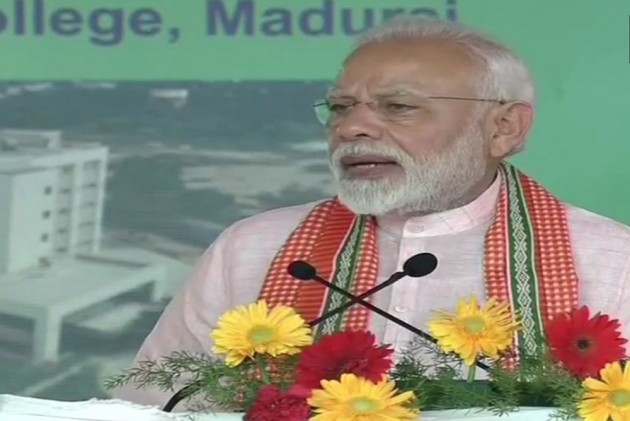 In his visit to Madurai on Sunday, Prime Minister Narendra Modi laid the foundation stone for an All India Institutes of Medical Sciences (AIIMS) and also inaugurated super speciality blocks at three medical colleges.

Modi unveiled the plaque to mark the laying of the foundation stone of AIIMS, which will cost Rs 1,264 crore and is expected to go on stream in 2022.

The AIIMS in Madurai will be a 750-bedded hospital with a long-term focus on post graduate and higher education and research. It will have a capacity of 100 MBBS seats and 60 for B.Sc.(Nursing).

In addition, there will be an administration block, auditorium, night shelter, guest house, hostels and residential facilities.

Speaking at the function, Chief Minister K. Palaniswami said the late leader J. Jayalalithaa wrote to Modi requesting to set up an AIIMS in Tamil Nadu soon after the Centre had announced its plans to set up one in each state.

Thanking Modi for the AIIMS, Palaniswami also requested the Prime Minister to sanction a medical college in the Ramanathapuram district.

The project cost to upgrade the three medical colleges is Rs 450 crore.

According to the Centre, these projects are a part of Pradhan Mantri Swasthya Suraksha Yojana which aims to set up 20 AIIMS, of which six have been established, and to upgrade 73 medical colleges across the country.

The Prime Minister will also address a public rally in the temple town.