Pfizer CEO also observed that the domestically manufactured vaccines would be the backbone of vaccinating the Indian people. 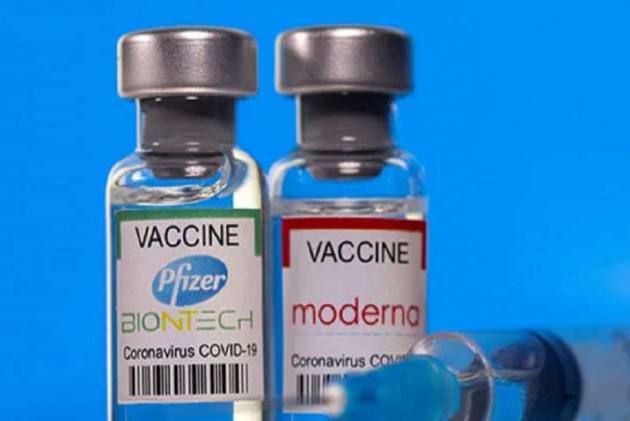 US Pharma giant Pfizer has said that it will soon finalise the agreement with India to supply its anti-Covid-19 vaccines to the country.

Pfizer CEO Dr Albert Bourla said on Tuesday, "My hope is that very soon we will finalise the approval of the product in India by the Indian health care authorities and the agreement with the government so that we can also start sending vaccines, on our side.”

He also observed that the domestically manufactured vaccines would be the backbone of vaccinating the Indian people.

Addressing the 15th edition of the India-US Bio Pharma & Healthcare Summit being organised by the US-India Chamber of Commerce, Dr Bourla also said that Pfizer has made a specific plan that the mid and low-income countries, which includes India, will receive at least two billion of such doses.

The Pfizer CEO said that a significant local manufacturing of vaccines that is happening at the Serum Institute of India will provide the “backbone of vaccinating” the Indian people.

"But getting the additional mRNA vaccines from us and also from Moderna will contribute significantly," he said.

Responding to a question from Dr Naresh Trehan, chairman of Medanta hospital, Dr Bourla said that "India went through hell" during the COVID-19 pandemic. But the efforts being undertaken by the Indian Government is working very well, he said.

In April and May, India struggled with the second wave of the COVID-19 pandemic with more than 3,00,000 daily new cases. Hospitals were reeling under a shortage of medical oxygen and beds. In mid-May, new coronavirus cases in India hit a record daily high with 4,12,262 new infections.

Pfizer, Dr Bourla said, is confident of producing three billion doses of COVID-19 vaccines and another four billion by next year, making it seven billion in all.

Referring to the announcements by other pharma companies, he said that by the beginning of next year, the world will have a lot of doses available for all so that they don't have to make choices, who gets it and who doesn’t.

Pfizer, he said, has made a specific plan that the mid and low-income countries, which includes India, will receive at least two billion of those doses. There would be at least one billion doses this year, he added.

"I'm confident we will exceed this number. But we made the pledge that at least 1 billion doses this year that 1 billion (doses) next year,” he said.

"With India, we are discussing right now with the Indian government. We are in the very very final stages of finalising this agreement. First, we need to get approval of this vaccine in India to be able to import," he said, adding that Pfizer does not have that approval as of now.

Dr Bourla exuded confidence of getting its vaccine approved in India and then to sign an agreement that will allow Pfizer to present doses of its vaccine to India.

"The immediate thing when the crisis became so obvious in India again was not the vaccine. (It) was how to deal with the people that were dying. … because not enough of these life saving medications were there,” he said.

Pfizer donated and worked with the Indian government to bring all these medicines to India, he said.

It offered enough quantities of the four of the most critical medicines in the ICU, the list of which it received from the Union Health Ministry.

"We offered enough quantities for every patient, every public hospital in India," he said.