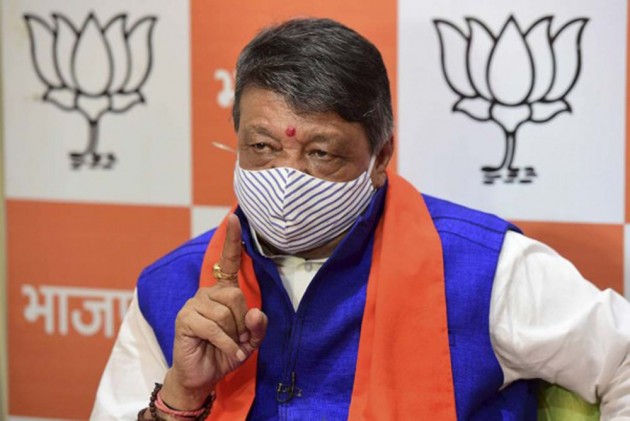 Hitting out at West Bengal Chief Minister Mamata Banerjee, senior BJP leader Kailash Vijayvargiya claimed that Mamata refused to chant the ‘Jai Shree Ram’ slogan at an event on Saturday because she wanted to appease 30 percent of the state’s population.

His comments come after the TMC supremo on Saturday refused to speak on a dais that she shared with Prime Minister Narendra Modi.

In an awkward situation at the Victoria Memorial Hall in Kolkata on Saturday where Prime Minister Narendra Modi and West Bengal Chief Minister Mamata Banerjee shared a dais to pay tribute to Netaji Subhas Chandra Bose on his 124th birth anniversary, Mamata refused to deliver her speech after a section of the audience greeted her with Jai Shree Ram, a slogan associated with the BJP and Hindutva forces but in no way with Netaji.

"I think government events should have some decorum maintained. I am thankful to the prime minister and the Union culture minister for inviting me here. But I think it is not right to insult the invitees," Mamata said, adding that in protest of this she would not be delivering any speech. Read here

Meanwhile, Vijayvargiya, the saffron party's national general secretary, alleged that the chief minister has only been sensitive to the needs and the interests of 30 per cent of the state's over nine crore people.

"Jai Sri Ram is used to greet people. It was chanted when Prime Minister Narendra Modi arrived, and also when he was leaving the Netaji Research Bureau. Why did Mamata didi feel insulted? Why did she feel upset on hearing 'Jai Sri Ram' or 'Bharat mata ki jai' chants?" he questioned while speaking to reporters at Jalpaiguri on Sunday, where he is scheduled to attend a party programme.

Asserting that Banerjee's move was aimed at "appeasing 30 per cent of the voters in the state", Vijayvargiya, who is also the BJP's Bengal minder, said "for the remaining 70 per cent, it has always been a tale of neglect."

Minorities, especially Muslims, constitute 30 per cent of West Bengal’s population.
"People of Bengal will give a befitting reply to her in the next elections," the BJP leader added.